India had a strong start to the second Test in Chennai against England but the opening day also had its fair share of on-field drama. Towards the end of Day 1, Rishabh Pant refused to bat after having an altercation with Ben Stokes.

The 87th over of the Indian innings saw a little banter taking place when Stokes was seen having an animated chat with Pant.

After the conversation, Pant did not take guard for a while and was seen looking back and saying something to Stokes.

It is not clear what the content of the conversation was. Both the umpires had to intervene to solve the matter. 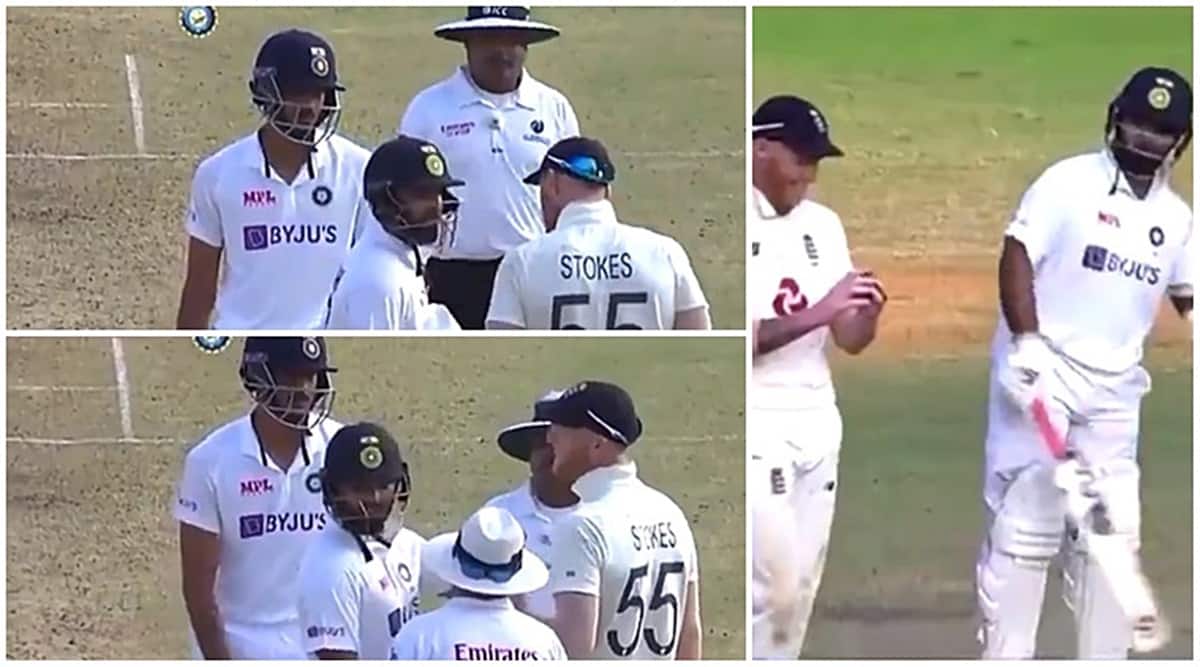 Rishabh Pant had a heated altercation with Ben Stokes. (Screengrab)

Meanwhile, opener Rohit Sharma smashed 161 while India’s other top-order batsmen fell cheaply, helping the home side build to 300-6 on the opening day of the second match against England at Chennai’s MA Chidambaram Stadium on Saturday.

At 86-3, India looked to have thrown away any chance of batting themselves into a strong position on a pitch where runs are going to be harder to come by as the match progresses.

But Rohit’s 162-run partnership with Ajinkya Rahane dragged the hosts back into the contest, before England dismissed both in the final session.

Rishabh Pant was batting on 33 at stumps, with debutant Axar Patel on five at the other end.