Hollywood Rewind | Say Anything: John Cusack and his boombox save the day 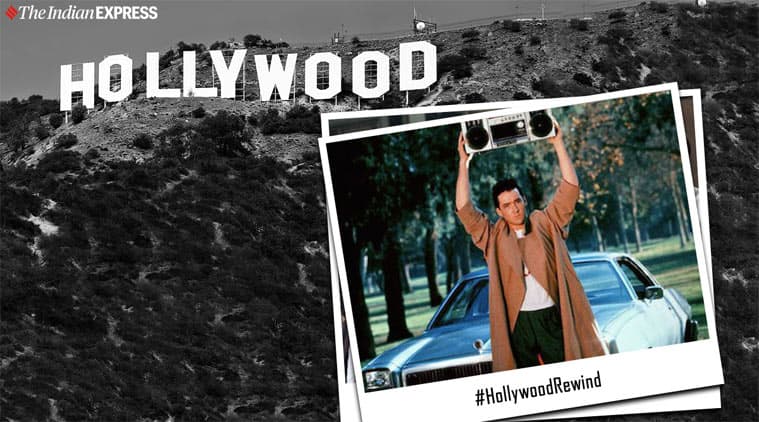 Say Anything released in 1989.

He is an army brat, she is a high-achieving academically inclined young woman, so naturally, when their paths cross, proverbial sparks fly. Because don’t you know, ‘opposites attract?’ Except in this case, Diane breaks off the relationship and leaves a heartbroken Lloyd chasing desperately after her.

John Cusack plays the irresponsible, but good-natured Lloyd like only he could have. If you have seen some of his later work, you would know what I am talking about — the characters that Cusack has played multiple times since the 80s (The Sure Thing, Grosse Point Blank, High Fidelity among more). The man has practically made a career out of it. What’s more, he is damn good at it too! Still very early in his Hollywood career, Cusack handled the role of the impulsive but sincere Lloyd well, thereby breathing a new life into what could just have been another high school archetype in the hands of a less capable artiste.

The writing is average at best. However, it does have its moments. What helps the narrative’s case are the dialogues, some of which are still being used by heartsick men to this date. Sample this for instance — “I gave her my heart, and she gave me a pen,” or “You must chill. You must chill.” The second is actually a good life mantra. So we have ticked two boxes — of Cusack’s grounding performance which makes Lloyd seem more developed than he really is, and the workable dialogues. Now, why does this film not land? As mentioned before, at the script level. It’s raw, but it also treads very familiar grounds of high school romance, opposites attract etc. What elevates it is Cameron Crowe’s direction. The interesting thing about Say Anything is the movie was written and helmed by Crowe. So why was there such a disconnect between the written word and the direction? Why did one thing work, and the other didn’t? Those answers only Crowe can give. But for a director who went on to helm films like Almost Famous and Jerry Maguire, this one almost did not hit the mark.

A little about the heroine of the film, Diane (Ione Skye). Again, a character who could have been so much more, but was reduced to serve as an antithesis to Cusack’s Lloyd, to be used only when convenient. However, what saved the day was the chemistry the leads shared on screen. You wanted to root for them, and you hoped for their happily ever after. But despite all its positives and negatives, what has been etched in popular culture is the oft-brought up ‘boombox sequence.’ In which we see a determined but soft Lloyd holding up a stereo in front of Diane’s window as the system played the iconic Peter Gabriel track “In Your Eyes.”