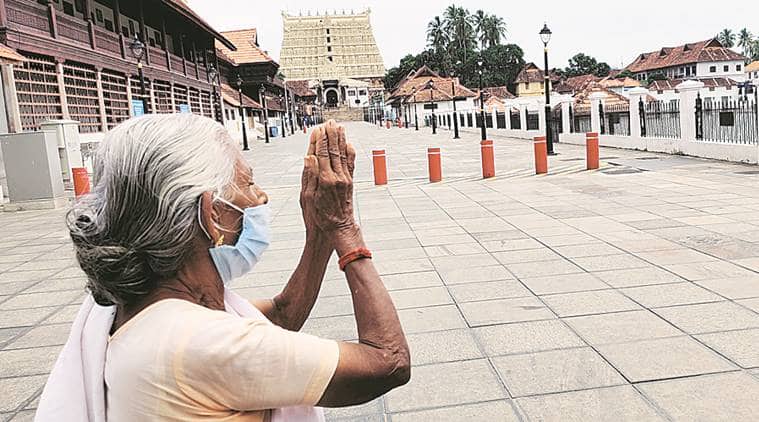 At the Padmanabha Swamy temple on Monday. (ANI)

The Supreme Court Monday upheld the rights of the erstwhile royals of the princely state of Travancore in the administration of the Sree Padmanabha Swamy Temple in Thiruvananthapuram.

The ruling came on an appeal by the legal heirs of Uthradam Thirunal Marthanda Varma, the younger brother of the last ruler, Sree Chithira Thirunal Balarama Varma, challenging the January 31, 2011, judgment of the Kerala High Court, which had directed the state government to set up a trust to control the management and assets of the temple — one of the richest in the country. There were other writ petitions too in the matter before the Supreme Court.

A Bench of Justices U U Lalit and Indu Malhotra said “tested on any parameter, such as historical accounts, popular and customary beliefs, certain practices connected with the rituals and affairs of the Temple that mandatorily require the presence and participation of the Ruler, deep involvement of the members of ruling family and their connection with the Temple and Sri Padmanabhaswamy at various stages of their lives… and long recognised and accepted fact that the management of the Temple had always been with the Ruler, lead us to conclude that for centuries, the Temple had been under the exclusive management of successive Rulers from the ruling family of Travancore and that the Rulers of Travancore, till the signing of the Covenant, were in the capacity as Managers or Shebaits of the Temple”. 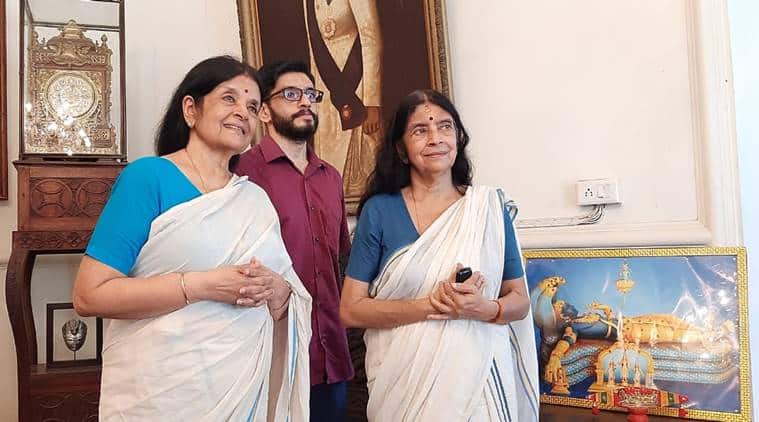 Royal family of Travancore after the SC verdictShebait is a person who serves a Hindu deity and manages the temple.

The Sree Padmanabha Swamy Temple had hit the headlines in 2011 after the discovery of treasures worth over Rs 1 lakh crore in the form of jewellery, gems and other valuables in its underground cellars. A Supreme Court-appointed committee is still evaluating the treasures.

As the state BJP said the Supreme Court verdict gives the message that temples should be run by the faithful, the CPM-led Kerala government said it would not appeal against it. Devaswom (temple affairs) Minister Kadakampally Surendran said, “We will go by the verdict of the apex court.”

In its order, the high court had concluded that after the definition of ‘Ruler’ in Article 366 (22) of the Constitution of India was amended by the Constitution (Twenty Sixth Amendment) Act, 1971 — by which privy purses were abolished — the successor to the erstwhile royals could not claim to be in control of the Sree Padmanabha Swamy Temple.

But the Supreme Court held that the definition would apply for the purpose of shebait rights and would devolve to the successor. “In the instant case, since the Shebaitship had vested in the Ruler of Travancore, not in his official capacity, the normal incident of heritability must get attached to the office of such Shebaitship in accordance with governing principles of succession and custom. Therefore, when it comes to the matter concerning the administration of the Temple, Sri Pandavaraga properties and the properties of the Temple, the expression “the Ruler of Travancore”… must mean the successor in accordance with the prevalent law and custom. In the process one need not go to the definition of Ruler either under Article 366(22) or under Article 363 of the Constitution of India,” it said.

The High Court had found that after the death of Sree Chithira Thirunal Balarama Varma in July 1991, his successors could not claim any rights over the temple. However, the Supreme Court rejected this.

The court also rejected an eight-member administration model suggested by the Kerala government for the temple, in favour of a five-member one suggested by a member of the former royal family and a temple executive officer. It said the five-member committee would be “broad based” and “not be loaded in favour or against the Trustee”.

However, instead of the royal family’s suggestion that a retired IAS officer of the rank of Secretary to the Government of Kerala be the chairperson of the administrative committee, the court said the District Judge, Thiruvananthapuram, would hold the post. An interim committee headed by the District Judge was already in charge of the administration, the Supreme Court noted.

Aswathi Thirunal Gowri Lakshmi Bayi, a member of the royal family, said they were happy that the Supreme Court had protected the rights of the family over the temple.

BJP state chief K Surendran called the verdict a setback for the CPM government. “The verdict gives the message that temples should be run by the faithful. The government has no role in the management of a temple. The verdict questions the very existence of the government-controlled Devaswom Boards, which are filled with nominees of political parties,” he said.

(with SHAJU PHILIP in Thiruvananthapuram)