Harsh Chhaya on Undekhi: I am playing a wild, obnoxious character 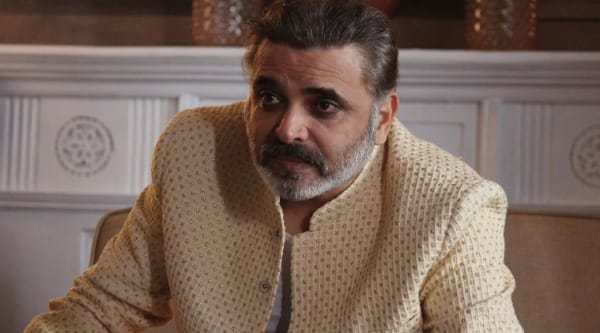 Undekhi will stream on SonyLIV from July 10. (Photo: PR)

SonyLIV is all set to launch its latest original Undekhi, starring Harsh Chhaya, Surya Sharma, Dibyendu Bhattacharya and Ankur Rathee among more. Based on true events, the edgy crime thriller will bring forth the story of an honest cop who is on a hunt for killers after a series of dead bodies get discovered. On the other hand, an influential family tries their best to keep him away from investigating the case. While Bhattacharya will be seen in the role of the policeman, Chhaya will essay the man who will do anything to hamper the investigation.

In an exclusive conversation with Indianexpress.com, Harsh Chhaya spoke about his latest project, his interest towards grey roles and how he survived the camp system in the industry.

Tell us something about Undekhi and the character you are playing.

I am really excited about the release of Undekhi. It’s a wild, obnoxious character. I think that’s the best way to explain this character.

Thrillers and crime based shows seem to be the taste of the season. What according to you interests the audience about the genre?

Arguments about it could be right or wrong but entertainment is the first factor for any project. And thrillers have been one of the most popular formats for the longest time.

You also seem to quite like playing grey characters…

Yes, somehow I find them more interesting. When you are playing either a black or white character, there’s too many constraints. Grey shades help you explore new emotions and sides of a person. This character however is an out and out negative one. It was interesting for me as I have never done such a mad character. In most cases, when you do a bad guy, it somewhere has a real side. This one got me to transform myself completely, even the way he walks and sits. It was a rare opportunity and I thoroughly enjoyed the challenge.

After all these years, it’s surprising that you still consider a role as a challenge.

It sometimes can be, especially when you are trying to be a different person in an unknown space. But honestly, you can’t think much about it as it’s all in that moment. All your imagination, theories have to work on that shot. You can just hope it works. There is always a risk that it could fall flat on the face. But I am fine with it and not scared to attempt something new.

You also got to play an interesting role in Out of Love. What is your take on the digital medium?

It is interesting for sure. Also, I have been doing a little more work in the couple of years as compared to the last decade. There weren’t a lot of good or different roles that I would have have liked to engage with, especially on television. I love acting too much, to go and do anything just for the sake of it. That is why I took a backseat. Now, whatever little work I am offered, I pick from it.

After being an acclaimed performer all these years, you say only a few offers come to you. Does that affect you?

Not really, as these things work both ways. One has to also be proactive in the market and then only offers come your way. Call it marketing or PR but I am not good at it. So I am fine with whatever is happening as this is how I have been functioning. Also, I am quite choosy, so I have even refused offers that came my way. So it’s mostly my own doing (laughs).

So how do you choose which project you want to do?

There is no specific point. It should sound interesting the first time I hear it. There has to be a reaction, an excitement or just a good feeling about it. I usually refuse when I feel I have done something already.

There is currently a lot of talk around nepotism and camps in the industry. Was it also prevalent in your time?

It’s very natural that people prefer working in teams. This is any way a freelance industry. I mean we call it one, though it’s mostly a jungle in reality. You are thus dependent on each other. You may call it tribe or camp, it’s created so that one can protect themselves in the jungle. It’s all your call if you want to be in one. My DNA has been of someone who never fitted in any camps. Yes, the volume of work and the kind of roles you get does get affected. However, all said and done, one has to move on from these things. You have to pick parts that come to you on your own, and create things for yourself.

Undekhi will stream on SonyLIV from July 10.