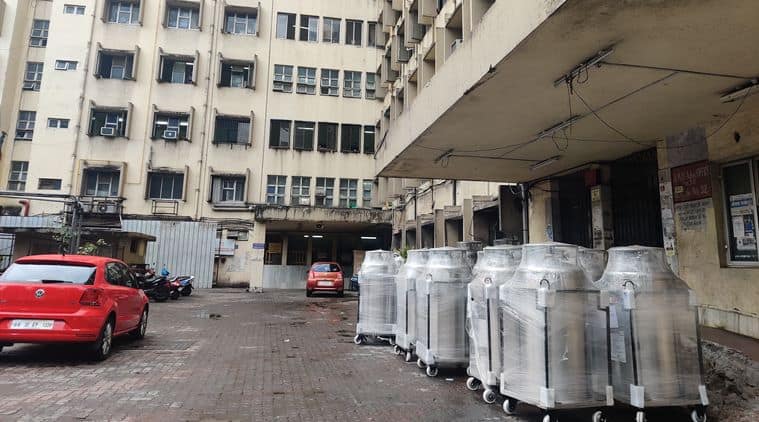 FACING A wave of domestic demand, manufacturers have stopped its export. States, hospitals and even residential societies are snapping it up. And now, experts are warning against its use without medical supervision.

From cylinders to concentrators, the demand for medical oxygen has shot up ever since it emerged as a key element in the treatment of Covid, say manufacturers, doctors and top government officials.

At the moment, “much less than 10 per cent of Covid patients require oxygen”, says Guruprasad Mohapatra, Secretary, Department for Promotion of Industry and Internal Trade, who also heads a Central panel that monitors the supply of medical oxygen for Covid treatment countrywide.

And yet, demand continues to spike as state governments brace for a surge in cases. Consider this:

* Nearly 5 lakh medical oxygen cylinders are currently in use.

*Daily requirement is around 1,300 tonnes, up from 900 tonnes in December.

*In May alone, as Covid cases surged, the Centre bought 1.03 lakh cylinders.

Mohapatra says the government has also allowed the conversion of nearly 5 lakh industrial oxygen cylinders for medical use.

While cylinders need refills, concentrators tap oxygen from the atmosphere. And among the states lining up for both is Delhi, with over a lakh cases. “We have ordered 11,000 cylinders and 4,580 concentrators, and more than 50 per cent of them have arrived,” says Sanjay Goel, MD, Delhi Tourism & Transportation Development Corporation, and in-charge of Covid procurement. 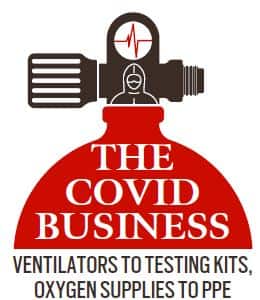 “Oxygen requirement for indoor patients has increased nearly five-fold from normal days,” says S N Vasna, who is in charge of procurement at LNJP Hospital. “We have 2,000 beds and only 20 per cent of them need oxygen on normal days. But now, we have linked all beds with oxygen supply,” he says.

UP is not far behind, with the state procuring 6,000 new cylinders from the Centre and asking for 10,000 more — separately, it has purchased nearly 2,000 cylinders. “So far, less than three per cent of active cases need oxygen support. But we want to be prepared,” says A K Sriwastava, Nodal Covid Officer in the state that has recorded nearly 30,000 cases so far.

Then, there’s the Railways, which has converted over 5,231 coaches into isolation centres. “Each coach has 16 beds and two cylinders. The number of cylinders can be enhanced if the need arises,” says D J Narain, spokesperson.

The sources, however, warn that “while there are strict rules for manufacturing, pricing and storage of cylinders, the market for concentrators is largely uncontrolled and unregulated”. On June 29, the National Pharmaceutical Pricing Authority (NPPA) directed all manufacturers and importers of oxygen concentrators to submit the Maximum Retail Price (MRP) being charged.

Major cylinder manufacturers are also riding a surge in demand. Vijay Krishnadas Parekh, Director, Al-Can Exports, which is based in Mumbai and Gujarat, says his firm manufactures nearly 10,000 aluminium cylinders per month, with half of the stock usually marked for export. “But now, all of it is going to the domestic market,” he says.

Anand Sharma, Head of Sales and Marketing in Faridabad-based Luxfere Uttam India, which manufactures 7,000 cylinders per month, says, “We are witnessing nearly 30 per cent hike in demand for cylinders of 1-50 litre capacity.”

Such is demand that many dealers of concentrators, most of which are imported mostly from China, say they are out of stock. Says Naveen Singh, MD, Nareena LifeSciences, Greater Noida: “We sold nearly 2,500 concentrators in June, of which 1,700 were supplied to the Delhi government.”

Nikhil Jain of Delhi-based Ynb Healthcare says his firm has supplied concentrators to a number of residential societies in the National Capital Region (NCR). “We bought three cylinders for our residents because we feel they may be required in coming days,” says Dr Rajiv Singh, president of Eldeco Society in UP’s Ghaziabad.

But officials and experts strike a note of caution. “Oxygen must be used under medical supervision. This rush must be discouraged,” says DPIIT’s Mohapatra.