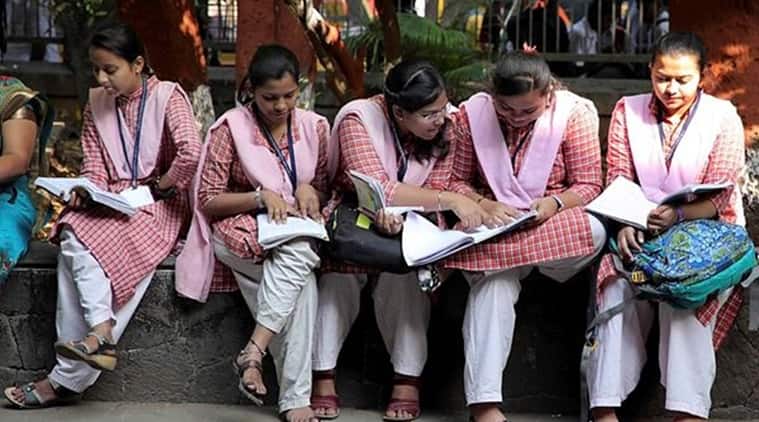 Delhi government schools had crossed the 90% pass percentage mark for the first time in 2018.

In line with the national trend of higher pass percentages, Delhi students registered an overall pass percentage of 94.39% — an increase of around 2.5 percentage points from last year, powered largely by the results of Delhi government school students.

Chief Minister Arvind Kejriwal congratulated the students. “Congratulations to my Team Education, all students, teachers, parents and education officers. Proud of you all,” tweeted Kejriwal.

Delhi government schools had crossed the 90% pass percentage mark for the first time in 2018. This increased to 94.29% last year, and zoomed up to 97.68% for Delhi East and 97.91% for the newly formed administrative unit of Delhi West this year.

Deputy Chief Minister Manish Sisodia lauded the results. “Over the past 5 years, we at #DelhiGovtSchools have been competing with ourselves to break our own record each time. This year is no exception… Congrats to students, parents & Team Education,” he tweeted.

The surge in the Delhi government school pass percentages is largely responsible for the increase in Delhi’s overall pass percentage. Private schools have registered a slight increase from 90.68% in 2019 to 91.69% this year for Delhi East, and 92.12% for Delhi West.

The number of students who appeared for the examination from Delhi government schools was also higher — with 1,13,013 between Delhi East and West — as compared to 1,01,614 from private schools.

This pattern of upward movement of pass percentages was also experienced in Northeast Delhi, where examinations had been interrupted even before the pandemic because of the riots in the region. The principal of a government school in Khajuri Khas, one of the areas affected by the riots, said that his school registered a pass percentage of 98%. That is the school’s highest pass percentage yet, having registered 94.47% last year.

Arun Modern Public Senior Secondary School in Brijpuri had been torched during the riots. Bhisham Sharma, owner of the school, said that 95% of its students passed the exams.

In line with the pattern of earlier years, a higher percentage of girls passed the exams than boys in Delhi by a gap of almost 4 percentage points — 96.43% of the girls who wrote the exam clearing it as opposed to 92.48% of the boys.

Like across the country, multiple students scored above 99% in Delhi-NCR.

Among them was 18-year-old Ananya Meghani, a commerce student of Shiv Nadar School Noida who scored 99.75%.

“I had my Business Studies paper left, but I ended up getting 100% in it as that was my average of the best three papers I had written. I want to study law after this and have been preparing for the CLAT during the lockdown. I have also been offered provisional admission to some universities abroad, including King’s College and University of Edinburgh,” she said.

“I want to prepare for my CA exams but along with that, I wanted to study B.Com. (Honours) in Delhi University. This period of interruption between March and now was very stressful but I had decided I would continue preparing for my Business Studies paper, which ended up getting cancelled,” she said.

Sangeeta Bhatia, principal of Anushka’s school, said that the modified marking scheme adopted by the CBSE did contribute to a slight increase in schools’ overall percentages.

“The average of best of three formula would of course have smoothed out the little bit of deviation . This could have resulted in a spike of about 2-3% in the overall results of all schools,” she said.