Google to employees: Don’t ‘get distracted’ by antitrust case The Justice Department’s antitrust case against Google bears a striking resemblance to the US government lawsuit against Microsoft Corp 20 years ago. Google is desperate not to make the same mistakes as its forerunner.

The 1998 complaint, and Microsoft’s aggressive and scattered defense, is credited with slowing the software giant down and letting upstarts — including Google — gain a foothold. Even though Microsoft avoided being broken up, the years of public scrutiny and court drama were a debilitating distraction.

Google knows that. Internal memos from Chief Executive Officer Sundar Pichai and top lawyer Kent Walker sent to employees after the lawsuit dropped implore workers to keep their heads down and keep working.

“It’s important not to get distracted by this process, including not speculating on legal issues internally or externally,” Walker wrote in an Oct 20 memo obtained by Bloomberg. “Our focus should remain on what really matters — delivering great products and services.”

Other evidence that Google is seeking to avoid being deterred: It is pushing ahead with a large and controversial acquisition and has continued to pursue search partnerships, the very deals at the heart of the antitrust case.

The US government accuses Google of paying billions of dollars a year to make its search engine the default on smartphones and browsers, entrenching the power it has over the search market. The argument is similar to the one against Microsoft, which said the company was unfairly blocking competition by striking deals with computer makers to install its own browser as the default on their machines. Google argues it‘s easy for consumers to change their default search engine and people choose Google because it‘s the best.

The Microsoft case is littered with embarrassing examples of the company acting arrogantly or misleading the court. Prosecutors dredged up damning emails showing Microsoft executives actively working to thwart competitors. The emails contradicted testimony from executives in court, further undermining the company’s position. Video clips of then-CEO Bill Gates evading simple questions during a deposition were played over and over, making the company seem out of touch.

In 2018, Microsoft Chief Legal Officer Brad Smith said the distraction of fighting the government’s case may have caused the company to miss out on new innovations, such as online search.

Google CEO Pichai is well aware of Microsoft’s experience. “Keep doing what you’re doing,” he told employees in his memo after the government filed its case. “Scrutiny is nothing new for Google.” On a Thursday conference call with analysts, Pichai echoed the sentiment: “Our company’s focus remains on building a search product that people love and value.”

In late 2019, as the Justice Department was ramping up its investigation of Google, the company announced it was buying smartwatch maker Fitbit Inc for $2.1 billion. This year, Google has been pushing to close the deal in the face of protests from consumer groups and rivals about the search giant’s move into health data and devices.

Google has also signed new paid search default deals that are even more exclusionary, according to the US government’s antitrust complaint. 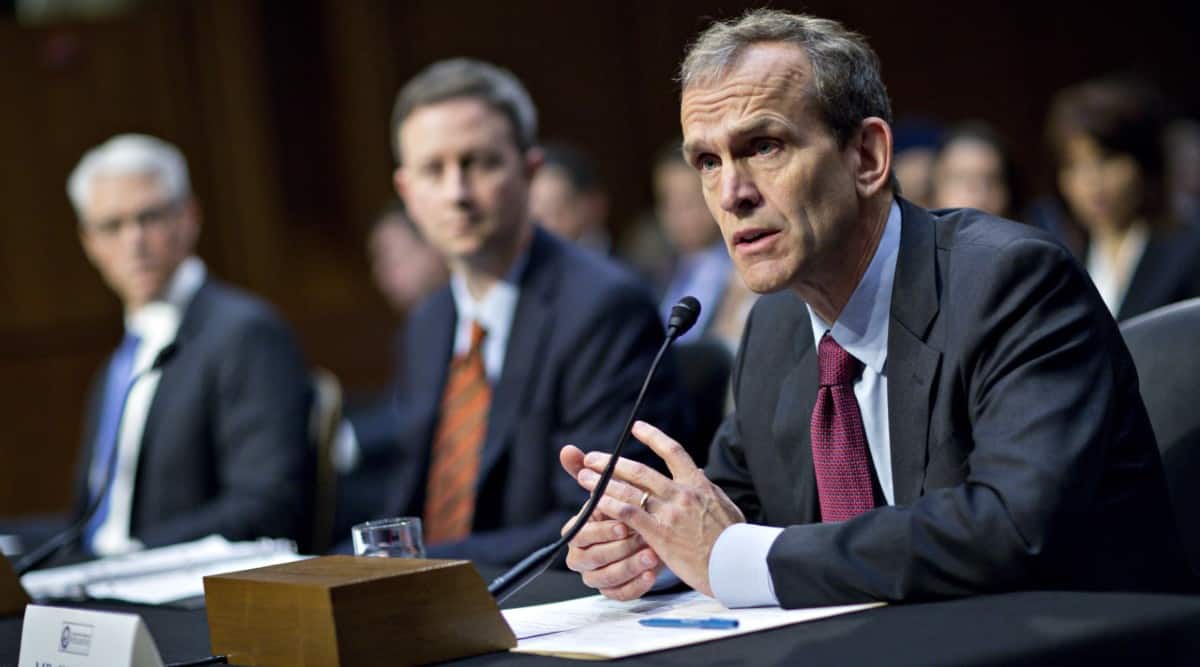 “It’s important not to get distracted by this process, including not speculating on legal issues internally or externally,” Walker wrote in an Oct 20 memo. (Image: Bloomberg)

The Justice Department also alleged that Google has urged employees for years to avoid writing emails and using phrases that could be used later to prove the company is a monopolist.

“Google did learn one thing from Microsoft — to choose its words carefully to avoid antitrust scrutiny,” the government’s lawyers wrote in the complaint. “Referring to a notorious line from the Microsoft case, Google’s Chief Economist wrote: ‘We should be careful about what we say in both public and private. ‘Cutting off the air supply’ and similar phrases should be avoided.’”

Employees were also told not to use certain words in emails that could come up in a future court battle, such as “crush,” “kill,” “hurt,” or “block” competition, according to the complaint.

Reflecting on the Microsoft court battle at a recent conference in Seattle, Gates said tech giants like Google had already done a lot to avoid his company’s missteps.

“I think the main mistake I made, which was not realizing how important it would be to develop relationships in Washington,” Gates said. “Be engaged there — these companies are not making the same mistake that I made.”

Google has been one of the biggest corporate lobbyists in Washington over the last decade, spending tens of millions of dollars to curry favour with regulators and politicians from both sides of the aisle.

Gates’s pugnacious responses during the tapped deposition also contrast with Pichai’s approach during recent Congressional hearings. Each time he’s summoned, the Google CEO sticks to a measured tone, calmly explaining his company’s position and avoiding difficult questions by simply saying he’ll get back to the questioner later. There are few, if any, gotcha moments to be replayed in a court room.

Google’s antitrust preparations don’t discount the fact that it was Microsoft’s missteps that helped it grow into the giant it is today. The situation is thick with irony, according to Gary Reback, an antitrust lawyer who has worked on cases against both Microsoft and Google over the years.

“Google would not exist as a monopolist but for the government action against Microsoft,” he said. “It comes full circle”