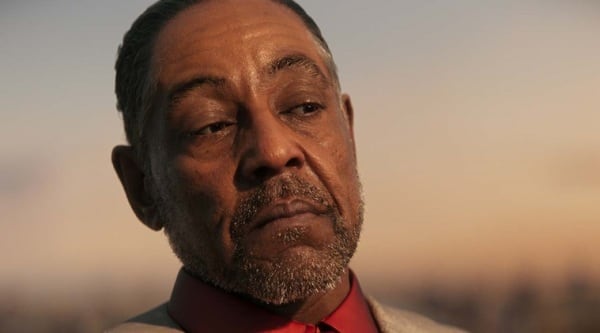 Esposito will be seen as Antón Castillo, the dictator of a small island nation, who deals with protesters ruthlessly. While speaking to Variety, the actor said, “He’s in the middle of, unfortunately, a revolution. He’s trying to empower the people to understand that they need strong leadership now.”

It is not only his appearance that makes Castillo seem similar to Fring, but also his way of speaking and style of operating. The trailer has him giving some lessons in ruling to his son, Diego. Just to make sure Diego is paying attention, he puts a hand grenade in his hands and pulls the pin. Really sounds like something Gus Fring would do.

Giancarlo Esposito added, “Antón, although being born with a silver spoon in his mouth, was unable to rule until the revolutionaries that ousted his father were put away. We meet him at a time where he’s trying to empower his son to take up his mantle and really embrace ideas that would allow him to see that soon he will probably be the next leader in this country.”