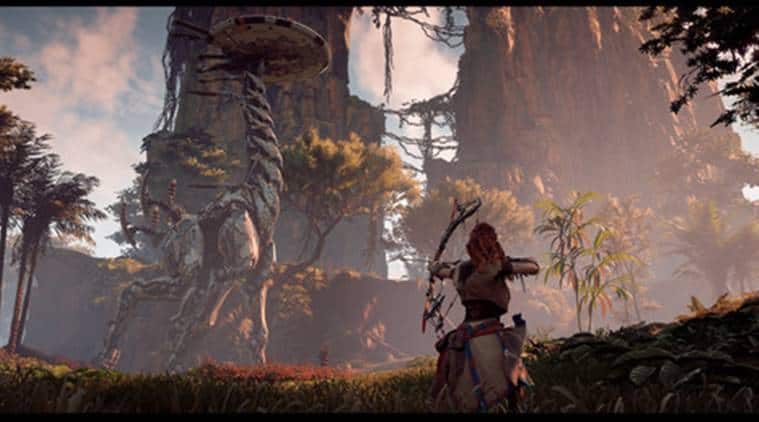 Horizon Zero Dawn, a former PS4 exclusive game has become the best seller on Steam, a video game digital distribution service for PC gamers. What’s surprising is that the game is not even out yet and it has climbed the Steam platform top seller chats on the basis of pre-orders only.

The third-person open-world role-playing action game developed by Guerilla Games will be launching on August 7 on steam. The game will also be available on Epic Games for Microsoft Windows. In the game, you have to complete the quest of a hunter named Aloy who sets out to uncover her past in a world overrun by machines.

Horizon Zero Dawn was originally released for the PS4 in 2017 but PC gamers are still excited about the open-world game after three years. However, the PC version will receive a wide range of features including ultrawide display support, an unlocked framerate, dynamic foliage, deep graphics customization settings, improved reflections, and expanded controller options. These features were revealed in a 90-second trailer.

The Sony-owned PlayStation exclusive game coming to the PC platform is promising as its one of a kind move. This will introduce the PC gamers to a new franchise and may nudge them towards buying a PlayStation 5 to get access to the sequel of the game — Horizon Forbidden West — which was revealed during the console’s live launch event.

Earlier in March 2020, PlayStation Worldwide Studios’ head Hermen Hulst backed the idea of Horizon Zero Dawn’s port to another platform as he said, “I think it’s important that we stay open to new ideas of how to introduce more people to PlayStation, and show people maybe what they’ve been missing out on.”

The BAFTA award-winning game Horizon Zero Dawn is cheaper in India than in the US. It is priced at Rs 1,099 compared to the US pricing of $49.99 (Rs 3,733 approximately.