Five shows that will alter your perspective on death 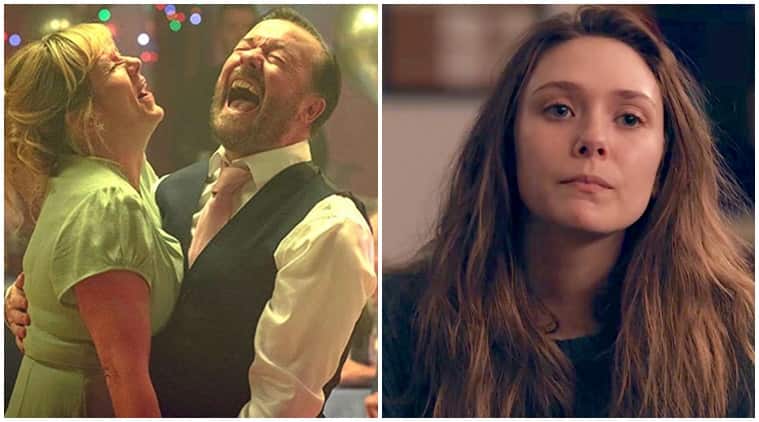 (From left) Stills from Netflix’s After Life and the Facebook Watch show Sorry For Your Loss.

Death is permanent; it is also inevitable. We have to face it in one form or the other at some point. But many of us look at it as a full stop, as the ultimate end. And especially if a loved ones dies, we find it hard to move past the tragedy. However, these series show us that healing is possible. This journey towards acceptance might be hard, but it can also be darkly funny, provocative and poignant — all at once.

After Life has been written and directed by popular British comedian and actor Ricky Gervais. Gervais is known for his snarky, brutally honest style of comedy. And that is what he brings to the table here. Except this time he is not hosting any awards show and offending the rich and famous people of showbiz. In After Life, we see another facet of Gervais — the performer. In the series, he has lost the love of his life, his wife, and he finds it hard to keep up the pretence of normality. That results in some heartfelt, but truly hilarious moments.

Both the seasons of After Life are streaming on Netflix.

Liz Feldman’s dark comedy thriller is a delight from start to finish. The two seasons of the Christina Applegate and Linda Cardellini series is a punch to the gut, as far as how it tackles grief. The dialogues are brilliant, and the lead stars flex their acting muscles like nobody’s business.

The plot of the show centres around a woman who is trying to find out who killed her husband. However, things take a drastic turn when she forms an unlikely bond with a woman who has a mysterious past.

Dead to Me is streaming on Netflix.

Read | Dead to Me: Channeling grief via dark comedy

This is not a Netflix special listicle, but I realise that it has started to look that way. However, it would have been unfair to not feature Nastasha Lyonne starrer Russian Doll. Natasha’s Nadia dies and has to relive the same party night after night. During this period, she deals with grief, denial and achieves self-actualisation. Watch this dramedy for a believable central performance and some great writing.

You can watch Russian Doll on Netflix.

As far as the Kristen Bell show is concerned, yes, there is an afterlife. And yes, people do get rewarded for good deeds and punished for bad ones. Here, the only problem is Bell’s character Eleanor has been mistakenly sent to ‘The Good Place.’ And she must do whatever it takes to keep her secret hidden.

The NBC show has had considerable success and has been praised for intelligently dealing with the topic of afterlife. You can stream The Good Place on Netflix.

Sorry for Your Loss

The Elizabeth Olsen starrer is a two-part series that deals with the trials and tribulations of a widow who suddenly loses her loving husband. Olsen delivers a staggering performance in Sorry for Your Loss.

You can watch Sorry for Your Loss on Facebook Watch for free.