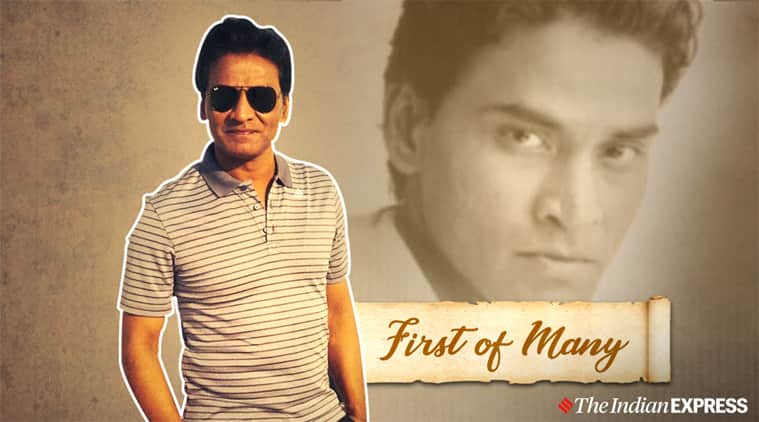 Daya Shankar Pandey has played memorable characters in films like Lagaan, Gangaajal, Swades and Raajneeti. In a career spanning over three decades, the actor has also done several TV shows. His portrayal of Shani in Mahima Shani Dev Ki, which recently had a rerun on Dangal TV, received much praise. Even his Inspector Chalu Pandey in Taarak Mehta Ka Ooltah Chashmah impressed the audience.

Though Daya Shankar Pandey always wanted to become an actor, he started his journey as an assistant. So how did it all begin for him?

Here’s what the actor shared:

1. What was your first acting project? How did the project come to you?

I first faced the camera in 1991 at Filmistan Studios. Back then there wasn’t much work for actors. Cinema and Doordarshan were the only two mediums. I was a struggling actor, who also assisted TV director-cameraman Gyan Sahay in a DD show called Lene Ke Dene. For the remaining 10 days of the month, I used to struggle to become an actor with my photograph in hand.

Lene Ke Dene was a 10-episode show with a different story in each episode. It featured all the big actors of TV – Priya Tendulkar, Dilip Dhawan, Vijay Kashyap. Every episode had a different cast, and I had a great rapport with all of them. Once a role came up and I gathered strength to approach Gyan Sahay. There was no trend of audition then. That was the time when a director had belief and confidence in the actor. Sahay ji knew I was into acting too. That’s how I got selected. I couldn’t sleep one night before and after the shoot. I remember when this episode was to be telecast, I called everyone in my village to watch it. It came at 8 am. It was a different kind of happiness of coming on the screen.

2. What do you remember of your first day on set?

There’s a famous tree at that studio. That’s where we shot. It was a long scene, and I got to act with actor Ravi Baswani. He was the lead, and I played a supporting role. In the scene, I play a postman who goes to deliver a letter to him. He makes me sit under that tree and asks me to read it out for him. Everyone clapped for me once the scene was over. The director told me I was good and that he would give me another role in the next episode.

Though I used to handle logistics for every shoot, but when I go to face the camera, my shoulders went up on their own. Ravi Baswani made fun of me and asked why I was so tensed. Of course, there was nervousness in front of the camera. Ravi Baswani said my pauses due to nervousness were sounding very natural. In the over-the-shoulder shot, Ravi ji was even laughing at me.

4. How was the rapport with your co-stars when you got to meet or work with them again later?

Ravi ji called me Kali Pandey. He told me to use this name in films as it would make me popular. He encouraged young actors a lot. We used to have several get-togethers at his place – Nitish Bharadwaj, Ashutosh Gowariker, Ajit Pal, Irrfan Khan, Vijay Krishna Acharya and so many of us would chat the entire night. We even got free food there. When we did not get work, we used to sit and crib about others (laughs). I did get to work with Ravi ji later. He saw everyone equally. I even assisted Gyan sir in another show.

5. If given a chance to go back to your debut role, what would you like to change or do better?

I will do it very confidently now. I feel instead of humour, my face had a nervousness back then, and my shoulders kept moving up. Now I would add more humour. That time I was scared to improvise. But I can do it today because that happens only with experience.

6. One film or role that inspired you to become an actor?

My first experience of watching films was on TV. That’s because we weren’t allowed to go to cinema halls. Every Sunday, Doordarshan telecast movies at 6 pm. I have seen so many films of Rajesh Khanna, Dilip Kumar and Amitabh Bachchan. Though I did not have the sense of acting, I still believed this is something I can do. Every actor begins by copying others. I used to copy Rajesh Khanna in Kati Patang and Anand. Even copying those scenes were a part of our initial learning process.