‘First-ever’ reunion bid of tigress, cub based on DNA match called off 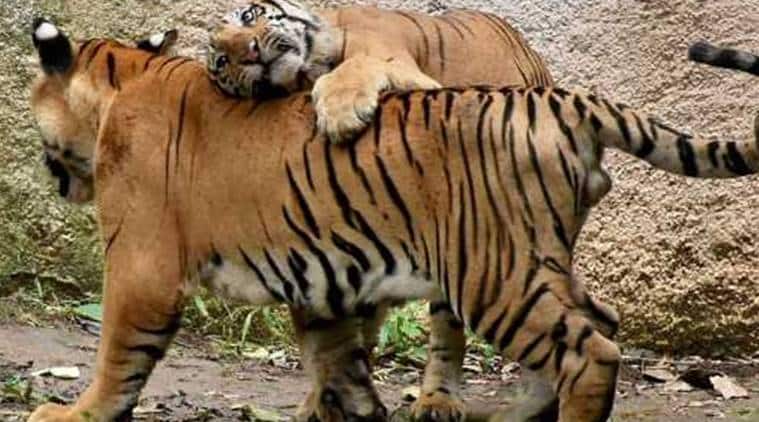 The cub, now seven months’ old, was found at a farm in Chichpalli range of forest on April 24, and was brought to Chandrapur’s Transit Treatment Centre (TTC). (Representational Image/PTI)

The Forest  department called off an operation to reunite a female tiger cub with its mother at Chandrapur district, after the tigress left the area.

The department has claimed that it is the first-of-its-kind attempt in the country to reunite a cub with its mother by matching their DNA.

The cub, now seven months’ old, was found at a farm in Chichpalli range of forest on April 24, and was brought to Chandrapur’s Transit Treatment Centre (TTC). The forest department collected scats of two tigresses moving with cubs in the area. After the cub’s DNA matched with one of the tigresses, an attempt was made to reunite the two. The operation lasted for three days from June 18 to 20. The cub was put in a cage at the spot where the tigress was known to visit with three other cubs. Despite long hours of intensive calling between the mother and the cub, the mother did not venture close to the cage. The cub had, meanwhile, developed trauma and was not taking any feed, forcing the authorities to bring it back to the TTC.

Divisional Forest Officer Ashok Sonkusare said, “We were planning to make another attempt but it rained heavily in the intervening period. Also, the tigress had stopped coming to the place, perhaps due to the movement of a leopard and a tiger in the area. Also, it’s been close to three months since the two separated, so the chances of the mother accepting the cub are thin. So, on Tuesday, we finally decided to call off the operation.”

He added: “The cub has now grown strong and will soon be moved to Gorewada Rescue Centre in Nagpur.”