England vs West Indies: Four phases of an epic Test rivalry over the decades Michael Holding bowls Tony Greig out in 1976 – a symbolic turning point in the topsy-turvy, racially-charged rivalry between West Indies and England. (Photo:Patrick Eagar/IPTC)

After 117 days of no cricket, it will fittingly be two of the fiercest rivals in the history of international cricket – England and West Indies – who will restart proceedings with the first Test on Wednesday. One is the birthplace of the sport, the other is its most fearless practitioner.

The two teams have played 157 Tests across 37 series, since the first Test at Lord’s in 1928 and here’s how the rivalry has played out over the decades.

West Indies made a modest entry into Test cricket with their first series in England in 1928, losing all three matches by an innings. The team was then predominantly white, but Learie Constantine was among those to make an impression. Constantine, in what was then ultimate proof that a cricketer had arrived on the world stage, was invited to play club cricket in England.

West Indies won their first ever Test when England went on a return tour in 1930 — with a young George Headley making his debut. Headley would go on to dominate the first two decades of England-West Indies contests, hitting 1835 runs – no one else scored more than 909 in this period.

Headley was also the first black captain of the West Indies (he was given the honour for one Test in 1947), and it would not be until the 1960s that the team would have a full-time black captain, Frank Worrell.

Despite Headley, England won a lion’s share of contests before 1950. The 1950 tour of England was a watershed moment in the rivalry, not just because this was the first time West Indies beat them at home. West Indies had already registered their first away series win in India two years earlier, but the series saw the emergence of a new batch of players, all non-white, who would go on to form the core of the side for the next decade.

The three Ws (Frank Worrell, Everton Weekes, and Clyde Walcott), the spin pair of Sonny Ramadhin and Alf Valentine, and the great Sir Garry Sobers would be counted as some of the greatest cricketers of a generation. It was also the period when West Indies announced their arrival as world-beaters.

West Indies came out on top in four of the next six tours to England. But at the same time, England continued to enjoy success when they toured West Indies. It would not be until 1980 that West Indies would beat England at home.

Sobers led both the batting and bowling charts in this period, scoring 3214 runs at an average of 60.64, and taking 102 wickets in 36 Tests. His best series came in England in 1966 when he hit 722 runs and picked 20 wickets – becoming the only player in Test cricket history to achieve the double of 600 runs and 20 wickets in a series.

The late 50s saw the emergence of Wes Hall — who would then go on to become the archetype for later generations of pacers who would terrorise batsmen all over the world. 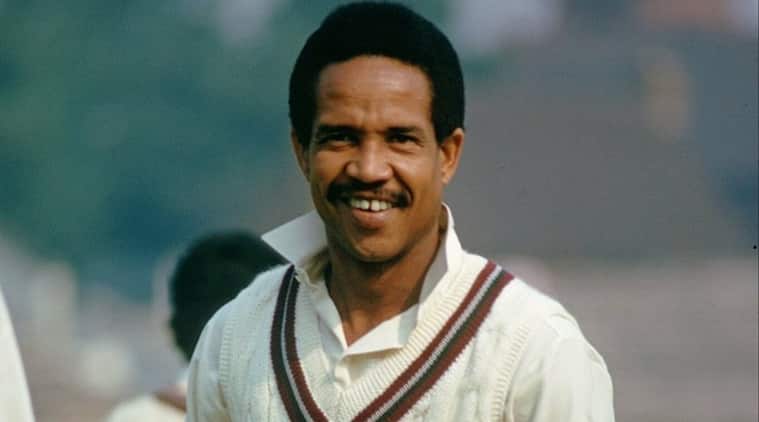 The year 1976 marked a shift in the way West Indies played the game. When England captain Tony Greig said he would make the West Indies ‘grovel’ before that year’s home series, he might have held his tongue if he knew its repercussions in the Clive Lloyd-led West Indies dressing room, or on how cricket would be changed forever after this.

Greig’s verbal indiscretion galvanised Caribbean pride and unleashed pace attacks that lasted generations (first by Michael Holding and company, then Malcolm Marshall and company, and finally Curtly Ambrose and his colleagues in the 1990s). In the final Test of that series at the Oval, Greig reacted to taunts from West Indian supporters by “grovelling”. He crawled across the parched Oval outfield in mock humiliation and smiled to the crowd.

READ | ‘Grovel’: The racist slur that changed Windies in 1976

A song, ‘Who’s Grovelling Now?, became the unofficial soundtrack of the 1976 series, and of all the subsequent England-West Indies series to follow till the turn of the century. A fan-made poster coining the term ‘Blackwash’ became another such theme.

England did not win a single Test against West Indies till 1989.

Viv Richards was a star in this period, scoring 2869 runs. The opening pair of Gordon Greenidge and Desmond Haynes also helped in the domination. England produced ‘brave’ batsmen like Graham Gooch and the occasional ‘artist’ like David Gower to offer some resistance, but it was far too little to withstand the Caribbean domination. ‘Okay I’m grovelling now’: How The Sun, a British tabloid, reported the 1976 Test

Brian Lara scored 375 against England in 1994, which was the highest individual Test score for nine years, and then scored 400 in 2004 against the same opposition to reclaim the record, but had little support. The 1990s had seen West Indies’ dominance over England weaken a little, even though the contest was still dominated by one-side ‘duels’ like the one Curtly Ambrose had with Michael Atherton.

In 2000, the pendulum swung again. England won a home series 3-1, winning their first series against West Indies in 31 years. This would be the last time Ambrose and Courtney Walsh — the last of a generation of fast bowlers who English batsmen would see in their nightmares — would play. England, on the other hand, had new blood like Marcus Trescothick making their mark.

English sides under Michael Vaughan and Andrew Strauss thumped Caribbean sides both home and away in the next few years. In 2009, West Indies again managed to beat England, after a gap of nine years, as Chris Gayle and Ramnaresh Sarwan struck centuries at home.

In the 2010s, West Indies managed to put up more of a fight. They have managed to stay undefeated at home. The two most recent series between the two teams have seen 2-1 results in favour of the home sides on both occasions.