England vs West Indies: All happening at the Ageas bowl after cricket’s restart 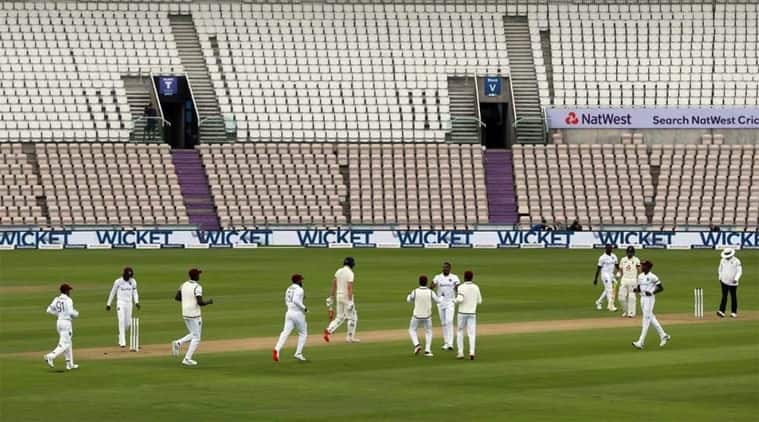 In the second over, Shannon Gabriel castled Dom Sibley to what the old-fashioned Englishmen would call a bail-trimmer, a viciously deviating back-of-length ball clipping the bails en route, as the batsman let it go on the bounce. It was the exact replica of a delivery Rory Burns was given not out on umpire’s call in the first over as he offered no stroke and the ball brushed the pad. Former fast bowler Derek Pringle was not amused. “Sibley out, Burns not out – crazy world of DRS protocols,” he fumed on his Twitter handle. Pads to the rescue, Burns would say.

Just a handful of overs were possible on the day competitive cricket returned. With more rain and smouldering black clouds forecast for the next couple of days, the match could well end up grossly truncated (cheerio, fragile batting lineups do spark hopes of a result). But with no ticketing hassles or crowd or logistical issues, maybe the match could be stretched into a sixth day to get the required overs in, and maybe a result.

With no people in the stands, the 20-month old cocker spaniel Winston could happily roam around with his master, the groundsman Simon Lee. In the past Lee had described Winston thus: “He’s come to work with me every day since I got him. He’s a bit of a lunatic but he breaks up the silence a little bit.”

Barmy Army, the official 12th man of the England team, was not present at the Ageas Bowl on Wednesday when international cricket resumed after a pandemic-induced hiatus. But they surely made their presence felt after ‘Jerusalem’, their signature title song popular among all English cricket fans was blared through the stadium’s PA system.