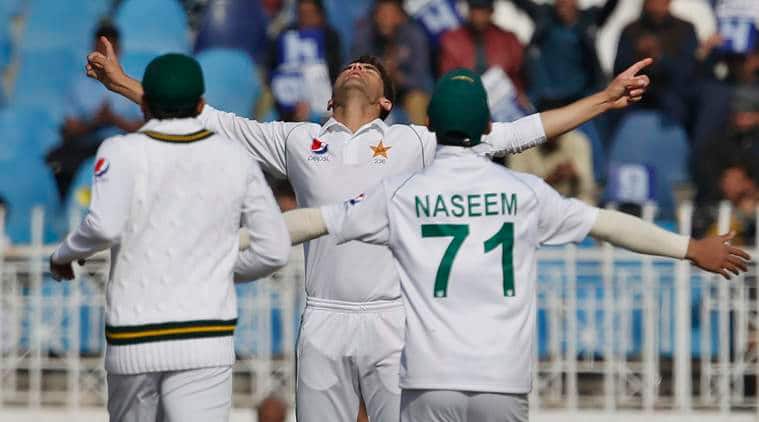 Praising the young bowling attack of Pakistan, former English skipper Michael Vaughan said Shaheen Afridi and Naseem Shah are filled with enough talent to become the next Wasim Akram and Waqar Younis for their nation.

During his interaction on Cricbuzz YouTube channel, Vaughan also discussed the key battles fans would see during the three-match Test series between England and Pakistan, starting from tomorrow.

“I understand why Misbah wants to play two spinners against England. Whichever way it goes, you are still going to have Mohammad Abbas, Naseem Shah and Shaheen Afridi. They are high class. Particularly that young pair, we are probably talking about the new Wasim and Waqar in five years’ time, with the amount of cricket that they are going to play together,” said Vaughan.

“I was fortunate to see Naseem Shah make his debut and he is high class. He has got a wonderful action. Shaheen Afridi seems to be getting better and better. With the duke ball, Mohammad Abbas is going to move it and bring the batsman forward, which is exactly what you require,” he added.

The former cricketer also heaped praises about Pakistani batsmen, especially the newly appointed Test skipper Azhar Ali and Babar Azam. He also noted that if the visitors managed to pile 350 or 400 on the board, it will put them in a better position.

“They are certainly a batting unit, which can get 350 or 400 runs if they get to bat first at Old Trafford and that’s going to be the key,” Vaughan said.

“England will know that if Babar gets to 30 or 40, he will get a big score. Azhar Ali has got a decent record in England and has played a lot of county cricket. This Pakistan team looks a lot more threatening and can cause an upset if they bat first,” he added.

While Pakistan are taking part in their first international fixture after the coronavirus outbreak, England will head into the series after a terrific 2-1 win over West Indies last month.

📣 The Indian Express is now on Telegram. Click here to join our channel (@indianexpress) and stay updated with the latest headlines

Independence Day 2020: When and where to watch PM Modi speech live on I-Day

‘Strongest warrior sent to border, will protect it by being a shield’: Sachin Pilot in Rajasthan Assembly

Barcelona vs Bayern Munich, UEFA Champions League Live Streaming: When and where to watch

Bryan Cranston shares COVID-19 experience: I lost my sense of taste and smell for a couple of months