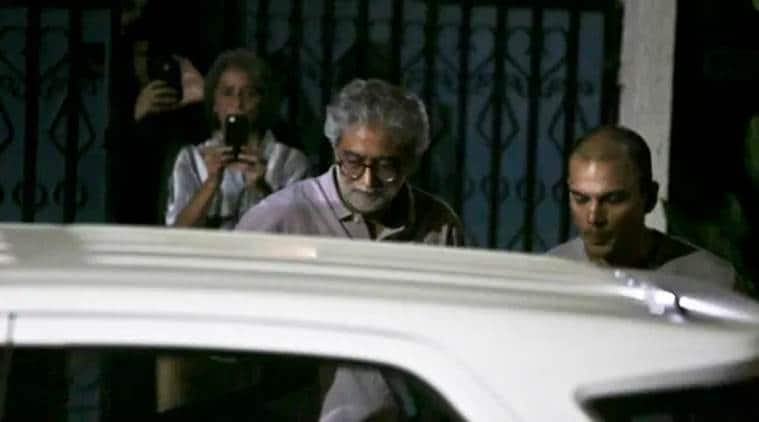 OBSERVING THAT due to the lockdown, the investigating officer in the Elgaar Parishad case could not “investigate the matter effectively”, a special court has extended the detention of academic Dr Anand Teltumbde and activist Gautam Navlakha by another 90 days. The NIA, probing the case, can now file a chargesheet against the two men in 180 days since their arrest on April 14.

Navlakha and Teltumbde had filed separate applications seeking default bail on the ground that the NIA did not file a chargesheet against them within the stipulated 90 days. The applications were, however, rejected by the special court.

Of the 11 accused behind bars in the case, Teltumbde (70), Varavara Rao (80), Shoma Sen (61) and Sudha Bharadwaj (58) had sought interim bail since the lockdown citing their susceptibility to Covid-19 considering their age and other comorbidities. The bails were rejected.

Mumbai: Writer-poet Varvara Rao on Tuesday underwent a battery of tests at JJ Hospital in Mumbai. According to dean Dr Ranjit Mankeshwar, Rao is stable but no definitive line of treatment for any illness has begun. “We are still investigating his health conditions. There are few more tests remaining. Once we have all results there will be clarity on treatment,” Mankeshwar said. Rao (80), behind bars since 2018 in the Elgaar Parishad case, was taken to hospital on Monday after he complained of dizziness. —ENS