Dil Bechara: Everything we know about the Sushant Singh Rajput film 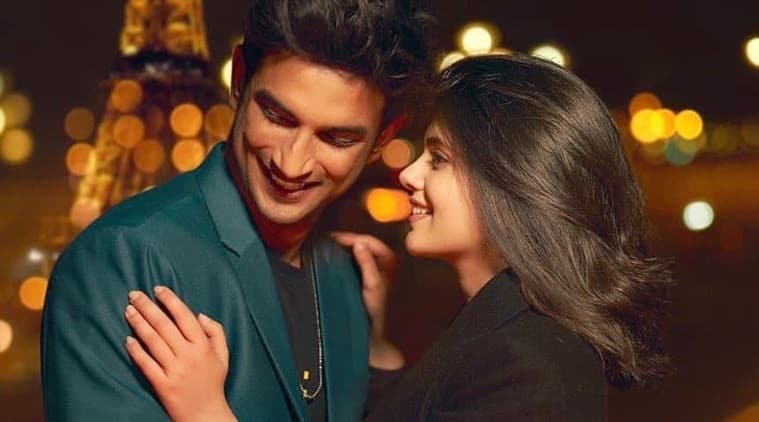 Here’s everything to know about Dil Bechara before its big release.

Who stars in Dil Bechara?

Who is the director of Dil Bechara?

Where have we seen Sanjana Sanghi before Dil Bechara?

Dil Bechara is Sanjana Sanghi’s first film as the female lead. Prior to this, the actor was seen in films like Rockstar, Hindi Medium and Fukrey Returns. She has also been a part of several TVCs.

How did Dil Bechara get its title?

Dil Bechara was previously titled Kizie Aur Manny, after the names of its protagonists Kizie Basu and Immanuel Rajkumar Junior aka Manny. The makers, however, renamed it in February 2019, based on a song from the film.

What inspired the story of Dil Bechara?

Dil Bechara is the official Hindi adaptation of John Green’s 2012 bestseller The Fault In Our Stars. The Hollywood film with the same name was directed by Josh Boone and had Shailene Woodley and Ansel Elgort playing the leads. The 2014 movie received worldwide recognition for showcasing a sensitive and unique love story.

What is the story of Dil Bechara?

As the title suggests, Dil Bechara traces the emotional journey of two hopelessly in love youngsters – a young girl (Kizie) suffering from cancer, and a boy (Manny) who she meets at a support group. The two explore the funny, thrilling, and tragic adventure of being alive and in love.

When did Dil Bechara go on floors?

Dil Bechara began filming on July 9, 2018 in Jamshedpur, Jharkhand. The movie was also shot in Paris.

Who all are a part of Dil Bechara’s crew?

Oscar-winning music director AR Rahman has composed its music and Amitabh Bhattacharya has penned its lyrics. Dil Bechara is being presented by Fox Star Studios.

When will the trailer of Dil Bechara release?

The trailer of Dil Bechara will be released on July 6.

What is the release date of Dil Bechara?

Dil Bechara was first scheduled to release on November 29, 2019, but got postponed due to post-production delays. The film had to ditch its subsequent release date of May 8, 2020 too owing to the shutting down of cinema halls in the wake of the coronavirus pandemic. On June 25, 2020, the makers announced that Dil Bechara will have a direct digital release on Disney Plus Hotstar on July 24. It will be available to all subscribers and non-subscribers of the streaming platform.