Dell’s XPS 13 is now in India, a combination of ‘design, performance, convenience’ 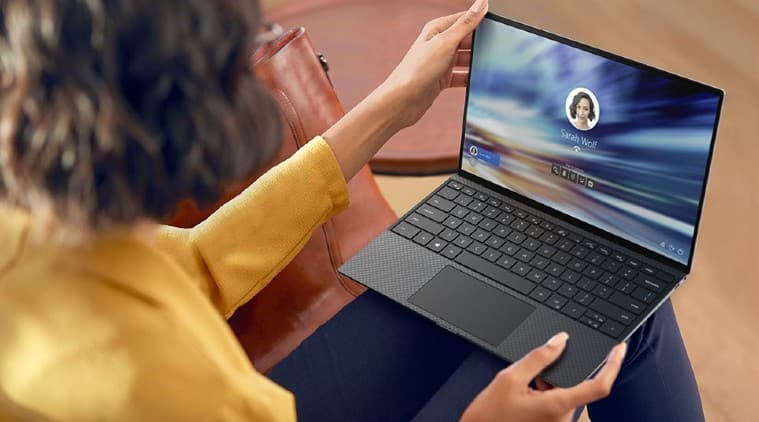 DelL’s XPS 13 uses the InfinityEdge display, making the only laptop with the “four-sided” bezels-less display.

In the midst of coronavirus pandemic, Dell is bringing its most cherished laptop to India: the 2020 version of XPS 13. Hailed as the best Windows laptop, the new XPS 13 comes with a bezel-free, 16:10 display, a larger touchpad and keycaps, and improved performance.

Over the past few years, Dell has tweaked the design and made changes to its XPS 13 to such an extent that the last year’s 13-inch laptop appeared to look almost perfect. Subramanya insists that the company is focusing on small yet relevant features that enhance the consumer experience.

“We have spent a lot of time perfecting small things while designing the experience,” Subramanya told indianexpress.com over a phone call. “And our belief is that when each of these small things come together, the customer will be able to experience a fantastic product.”

Perhaps the visible change that consumers will notice in the new XPS 13 is the display. Gone is the 16:9 aspect ratio screen as seen in the previous version of the XPS 13. Instead, Dell switches to the 16:10 aspect ratio. Even more impressive is how Dell has managed to trim the bottom bezel – it has been reduced from 19.5mm to 4.6mm.

“Three years back, we launched a three-sided nano border display on the XPS 13. And in this edition, we have been able to bring a four-sided Infinity Edge display. It took us about five years to make a bezel-less display,” he explains.

Not only has Dell reduced the top and side bezels, but the company has also managed to extend the keyboard by 9 per cent and touchpad by 17 per cent

Besides making a notebook with the thinnest bezels on the market, Dell says the new hinge will allow users to open the XPS 13 with just two fingers. The laptop runs on Intel’s Ice Lake processors. The new XPS 13 will be made available in FHD+ and 4K displays options. The display also supports Dolby Vision HDR with CinemaColor. Battery life on the new XPS 13 is said to last 19 hours. A 15-inch version of the XPS is also coming to India, though it will set you back by Rs 186,072 for the entry-level model. The company is yet to launch the XPS 17 in India. Dell ditched the XPS 17 line almost a decade ago.

“We’ve been able to reduce the size by almost 2 per cent, which means your 13.4-inch screen is now available at 11-inch form factor. So just imagine you are carrying a notebook with the smaller form factor and lighter weight, but you’re able to see more, do more and you’re able to do best in terms of productivity,” he said.

While Subramanya calls the new XPS 13 an “engineering marvel” and “future-ready”, Dell is also experimenting with new dual-screen laptops. At CES 2020, the company showed the foldable Concept Ori and the dual-screen Concept Duet. The Concept Ori looks a lot like Lenovo’s ThinkPad X1 Fold, while the dual-screen Concept Duet is similar to Microsoft’s Surface Neo that runs a new operating system called Windows 10X. As Subramanya noted, both foldable and dual-screen laptops are mere concept devices with no plans to start production anytime soon.