Actor Dayanand Shetty, best known for his role as senior inspector Daya in CID, has made his hosting debut with Savdhaan India F.I.R.

In this exclusive chat with indianexpress.com, Dayanand talks about hosting Savdhaan India F.I.R and CID days. The actor also reveals why he doesn’t mind being stereotyped.

Excerpts from the conversation:

What brings you to Savdhaan India?

The fascination towards crime (laughs). I have done a crime show for so long that the genre really excites me. Even as a viewer, I like watching thriller and suspense drama. This is why when the offer came to me, I was really excited. This time, however, I am in a different role. I will only be narrating the story of the crime to the audience.

Was it challenging to take up hosting?

I wouldn’t call it difficult but it was definitely different. Acting comes more naturally to me where one has to react to your co-star. Here, on the other hand, I have to shoot separate links, and mouth lengthy dialogues at one go. However, it’s fun and I have already shot for like 10 episodes, and it all went well. Once you get used to it, I think it becomes easier.

Given you have this righteous cop image, do you think people would relate more to Savdhaan India now?

I hope so. I am not on social media so I don’t know much about the feedback. But there have been people who called and messaged me to say that they really liked my work. A lot of friends and family members also said that they are watching the show now because of me. So I am hoping for the best.

Despite playing different parts, you are still remembered as Daya from CID. Do you take this image as a badge of honour or do you want to break the image?

Honestly, I enjoy doing different things too. I have done comedy and tried reality shows with Jhalak Dikhhla Jaa and Khatron Ke Khiladi. However, I cannot see myself doing a family saga ever. I take opportunities as and when they come to me. As for being typecast, I don’t think it’s an issue nor do I feel bad about it. Instead, I feel that the makers come to me because I can justify these characters more. Maybe these roles of a strong officer need a personality like me.

The end of CID came as a shocker to many fans. Has the feeling sunk in for you all?

(Laughs) Honestly, having spent 21 years together, we all feel divorced now. We do stay in touch and keep chatting and meeting each other whenever we can. We have been like a family and I don’t think this bond will ever go away. 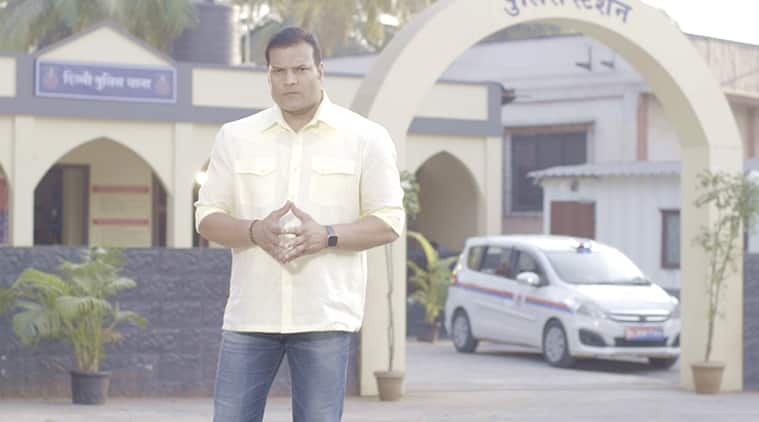 What do you think was the magic of CID that it got so much love for more than two decades?

So let me give you a reference. Even when you are happy, if you enter a sad room, you will become gloomy. And the exact opposite would happen on the sets of CID. It was such a happy place to be. Even when someone would be upset or worried, as soon as they entered the set, they would become happy souls. I think the positivity and happiness translated on screen too, and that made people stay hooked to it. From children to senior citizens, everyone loved CID and I don’t think people will forget it so easily.

You mentioned you are not on social media but it has now become a very important part in your profession. Sometimes casting is also done on the basis of the number of followers. Has that affected your work?

To tell you the truth, I have seen my actor friends being bothered because of social media. If their posts doesn’t get them the desired likes, they are constantly troubled. I don’t want that kind of pointless issue in my life. I’d like to believe I am a happy soul without this stress. Also, wherever I go, even to the remotest place, I have got so much love from people. They treat me like their own family. I think that holds more importance to me than this virtual craze. As for my work, I have been lucky that not being on social media hasn’t affected me till now. I choose projects on my own terms and conditions, and do only things that make me happy.

What’s next for you?

There’s a lot happening. Some of my projects got shelved last year due to the pandemic. There are a few films and web series that I am in discussion with. However, I don’t want to speak about it till something concrete happens.