Cyrus Sahukar on Kadakh: Amazing to work with people you look up to 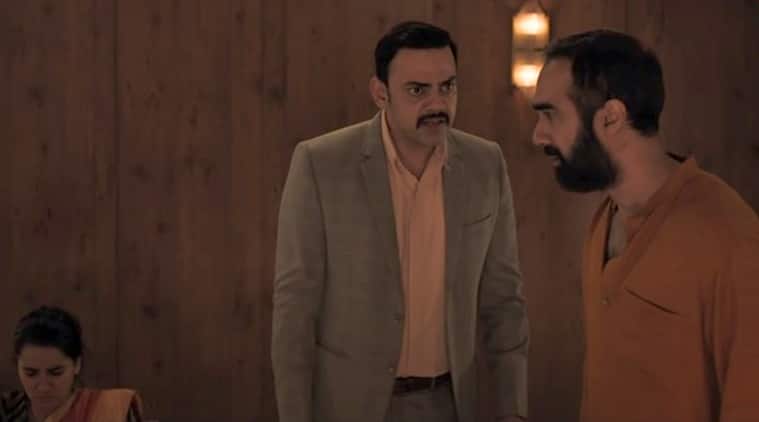 Kadakh is streaming on SonyLIV.

Cyrus Sahukar has been a familiar face on Indian television, giving us all a healthy dose of satirical comedy and spoofs. The MTV host-turned-actor was recently seen in the film Kadakh, which is streaming on SonyLIV.

The ‘dark comedy’, as Cyrus calls it, also stars Ranvir Shorey, Rajat Kapoor, Mansi Multani, Shruti Seth, Manoj Pahwa, Tara Sharma Saluja, Kalki Koechlin and Palomi Ghosh among others. The film is set during a Diwali party which goes awry when the guests realise that there is a dead body in the house.

During an Instagram LIVE, Cyrus got candid about being directed by Rajat Kapoor, turning dialogue-writer for Kadakh and the experience of being on sets.

Q. How was it working with such amazing actors?

It was such an amazing experience. It’s very rare that you get to work with people who you look up to. We shot for about 30 nights. Rajat (Kapoor) had emailed us to be patient, as during such extended night shoots, one can get on each other’s nerves. But everyone was looking out for each other. And the night had a magic to it. We all had really interesting conversations about our characters in the film and our lives. It’s difficult to portray long friendships if you don’t really know each other well. Because we spent so much time together during the shoot, it felt like we all had a history with each other.

Q. You’ve written the dialogues for the film too.

The film is a lot about dialogues and throwaway lines, that’s the magic of a party where people are having different conversations. It was a beautiful experience.

Q. What genre would you categorise the film under?

The theme of the film is friendship, life, love and marriage, and whether you really know the people that you think you know. Human beings reveal themselves in different ways. It was lovely working with Rajat because he gets the awkward sense of humour that we tried in the film, and he has a genuine love for improvisational aspects of cinema. Generally, when you audition, you’re given a script and a brief about your character. Here, he would give you a situation and say, let’s improvise.

Also read: Kadakh movie review: Ranvir Shorey-starrer is engaging enough to be watched in one go

Q. Kadakh released during the lockdown. Has that worked for the film?

For films like these, which may find it difficult to get seven shows in a day at a cinema hall and end up with an afternoon or an evening show, such a release is great. There are more people supporting and watching it because of the lockdown. It’s amazing that it has a chance to be appreciated like that.