The West Bengal government on Tuesday announced a strict lockdown in revised containment zones in nine districts — four in north Bengal, and five in the south, including Kolkata and its adjoining districts — starting Thursday 5 pm because of a massive surge in cases over the past week.

The government, however, did not mention how long this lockdown spell will last. A lockdown is currently in force essentially in the containment zones till July 31.

The order from Home Secretary Alapan Bandyopadhyay was issued on a day the state reported 850 infections, and a record 25 deaths that took the toll past 800 to 804.

The state also saw its active caseload rise to 7,243.

From the beginning of last week (June 29), West Bengal has added 6,554 infections to its caseload, and recorded 165 fatalities.

This alarming rise prompted the Covid-19 taskforce to meet on Tuesday afternoon, and in the evening the Home Secretary’s order was issued to the district administrations of Darjeeling, Alipurduar, Uttar Dinajpur, Malda, Kolkata, Howrah, Hooghly, North 24 Parganas and South 24 Parganas.

According to government officials, the new “broad-based” containment zones across the state have been earmarked after merging the existing containment and buffer zones.

In Kolkata, parts of Bhowanipore, Phoolbagan, Kankurgachi, Beliaghata, Ultadanga, Hudco, Alipore, Bijoygarh, Jadavpur, New Alipore, Kasba, Mukundapur, and Ajaynagar will be in strict lockdown. On Tuesday, the main administrative building of Jadavpur University was closed for two days after infections were detected there.

In North 24 Parganas, certain areas in 17 wards of Bidhannagar Municipality, and major areas of the Barrackpore industrial area have been marked as containment zones. A number of jute mills in this area had reopened last month, but following this order there is uncertainty about the future of their operations. 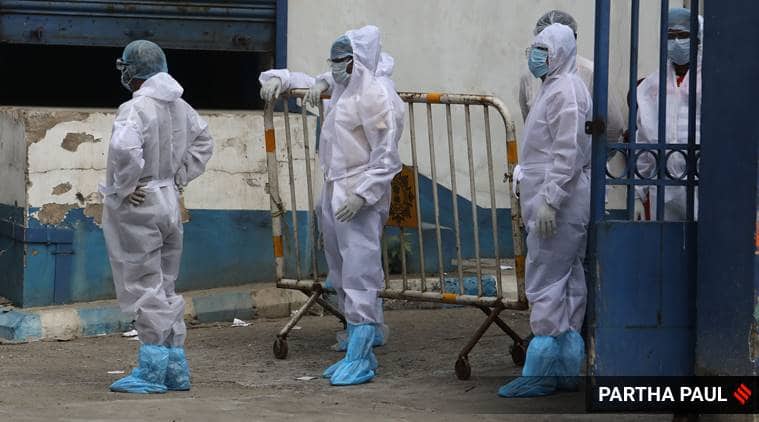 From the beginning of last week (June 29), West Bengal has added 6,554 infections to its caseload, and recorded 165 fatalities.

In South 24 Parganas, certain areas in Baruipur, Rajpur-Sonarpur, Budge-Budge, Thakurpukur, Pujali, and Maheshtala are on the list of containment areas, while the curbs will be imposed in certain areas in 25 wards in Howrah.

A senior Department of Health official said the government surveyed the “behavioural attitudes” of people, and found that most of the latest infections were found in people in the 20-50 years age group.

“These people are allergic to maintaining social distance and wearing masks. Unlock phase and reopening transportation also caused a severe spread of the disease in the community, and as a result there have been huge spikes in cases in Kolkata and adjacent areas,” the official added.

A senior state secretariat official said, “We have to minimise this rate if we want to restrict Covid-19 in our state. We have no other option other than a strict lockdown to arrest this pandemic. So, we decided to implement strict lockdown in those areas.”

In North Bengal, the government is alarmed by the situation in Malda and Darjeeling districts. In Malda, district headquarters English Bazar and Old Malda town are among the areas that will be completely closed. All shops, except those selling essential items and pharmacies, will remain closed, while the vegetable market in English Bazar will remain open till 11 am. Private vehicles will not be allowed on the road.

Since last week, 325 cases have been detected in Malda and three people have died, while Darjeeling has recorded one death and 256 infections.

Though the government has announced lockdown in Alipurduar too, the district has been on the mend since last week, seeing its active caseload drop from 64 to 11. Uttar Dinajpur, the fourth North Bengal district under the scanner, recorded a 21% rise in total cases.

The state health bulletin, in which figures are updated till 9 am, reported that in 24 hours 10,130 samples were tested, taking the cumulative number of specimens examined to 5,62,137. The test positivity rate continued to rise, climbing to 4.24%.

The government said 11,241 migrant returnees and 5,294 other people were still in government quarantine, while 38,694 people remained isolated at home and 311 people were in safe homes.