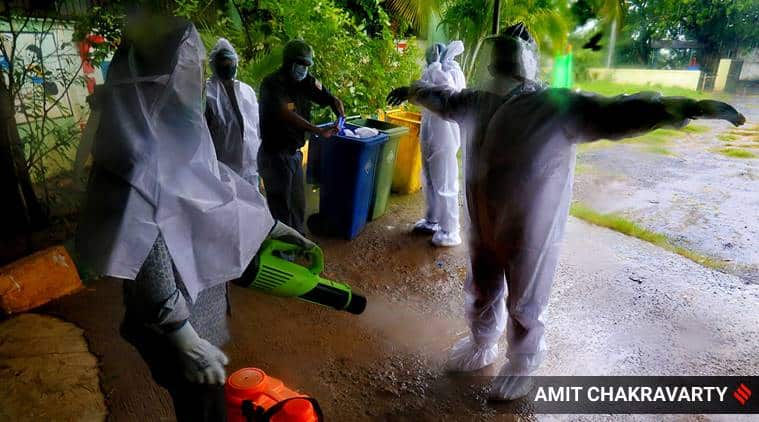 Coronavirus (Covid-19) India Updates: A week into the second phase of the nationwide ‘unlock’, the Covid-19 transmission rate in India has shown an increase for the first time since March. According to research by the Institute of Mathematical Sciences in Chennai, India’s ‘reproduction number’, or R, is currently at 1.19, which means that each infected person on an average infects 1.19 other people. It had been on a steady decline from 1.83 since March 4.

Here are the top COVID-19 developments from across the country:

In Delhi, more patients are recovering than being infected

In Delhi, the number of people who have recovered from Covid has exceeded the number of fresh infections for the last seven out of eight days. On Wednesday, 3,928 patients had recovered while 2,033 people were found infected — a difference of nearly 2,000.

This trend is important as if it holds for more than two weeks at a stretch, it could be an indication of the disease having peaked.

Delhi has been witnessing a decline in new cases since June 23, which it hit a peak of 3,947 infections. 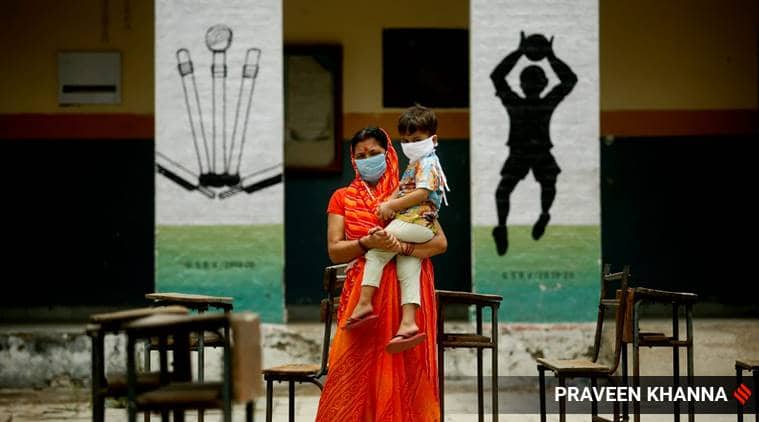 Families come to a school in Khajoori, New Delhi, which has become a Covid-19 testing centre. (Express Photo: Praveen Khanna)

The state has witnessed a significant surge over the last few weeks — with the latest 10,000 cases being added to its caseload in just 13 days.

The highest number of fresh cases came from Ghaziabad which reported 65 new infections on Wednesday, followed by Lucknow with 97 cases and Gautam Buddh Nagar with 81 cases. Meerut reported another high with 76 new cases, while Barabanki recorded 66 new cases, taking the active case count in the district to 184.

Patna, Bhagalpur to lockdown, other Bihar districts may follow

Following a spike in Covid cases, the district administrations of Patna and Bhagalpur in Bihar have announced lockdowns.

Patna, where Covid cases climbed from 747 on July 1 to 1,351 on July 8, will be under lockdown for six days, from July 10 to July 16. Meanwhile, in Bhagalpur, the lockdown has been announced from July 9 to July 16. The district, also known as the silk city of Bihar, saw Covid-19 cases go up from 500 on July 1 to 693 on July 8. Sources told The Indian Express other districts, such as Gopalganj, Begusarai, Munger and Khagaria, may also enforce restrictions soon. 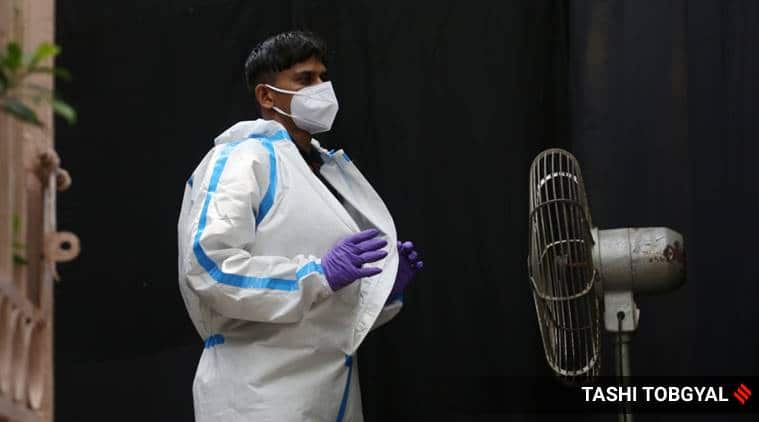 A health worker cools off outside a Covid-19 centre in New Delhi on June 8, 2020. (Express Photo: Tashi Tobgyal)

Amid a growing number of cases, the West Bengal government has imposed a seven-day lockdown in containment zones across the state, which is set to begin at 5 pm.

“This lockdown in containment zones in West Bengal will continue for seven days from 5 pm on Thursday. Will review the situation after seven days and then decide the next course of action on lockdown,” Chief Minister Mamata Banerjee said at the state secretariat.

The list of containment zones in North 24 Parganas, Howrah and Kolkata has been finalised and posted on the government’s website. The proposed lists of 20 other districts were sent by the respective District Magistrates to Home Secretary Alapan Bandyopadhyay on Wednesday. The final list is expected to be announced by 5 pm Thursday, after a review by Chief Secretary Rajiva Sinha.

Also read | At Delhi’s Kasturba Hospital, a wait for salaries A patient is wheeled into a medical facility. (Express Photo: Amit Mehra)

Andhra will ensure no patient is turned away from hospitals

In a bid to ensure no person requiring medical attention is turned away, the Andhra Pradesh government has announced that the allocation of hospital beds in both government and private hospitals would be monitored by the district administrations.

The Commissioner of Health and Family Welfare has also established a web portal that would allow district collectors to monitor the number of beds available in all government and private hospitals of A and B category, allocation of beds, their utilisation, as well as the deployment of human resources.