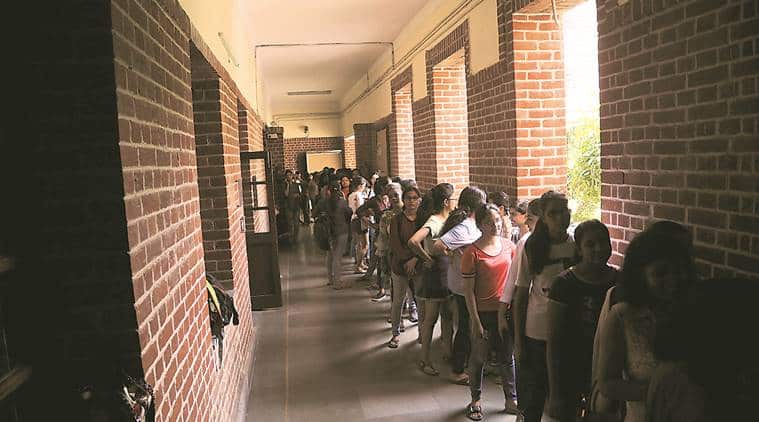 As problems continued to persist for final-year students of Delhi University (DU) even on the third day of the ongoing mock open book exams (OBE), several students are now considering boycotting their final examinations, due to begin on July 10, alleging that they are left with no other option.

The DU Students’ Union (DUSU), which has so far not taken any position on the call to boycott, however, said the university must shift to evaluation done on the basis of assignments rather than exams, as is being done for intermediate students.

Meanwhile, former DUSU president Arun Hooda from NSUI has returned his LLB degree to Dean of Examinations Vinay Gupta in protest. “DU completely failed to hold mock test & online exam will be blunder too. We demand promotion for all DU students,” he tweeted.

DUSU president Akshit Dahiya said a meeting of the DUSU executive was held Monday, along with representatives of student unions from various colleges, and it was decided that exams were not feasible. “I met the Dean of Exams. We want evaluation to be done on the basis of assignments. We have given them 24 hours to issue revised guidelines in this regard. Otherwise we will be forced to take a more aggressive approach. No student shall be left behind because of these exams,” he said.

At Shri Ram College of Commerce, 80 students so far have filled a Google form to boycott the exams. “There are so many technical glitches,” said a student spearheading the initiative.

An MA student of Kirori Mal College said, “We are trying to reach out to as many colleges and student groups as possible to bring them on board. More than 90% students have complained that they were not able to upload their answer sheets during mock exams.”

Dean Gupta did not respond to calls and texts seeking a comment. He had earlier said the mock exams were being held to smoothen out the glitches.