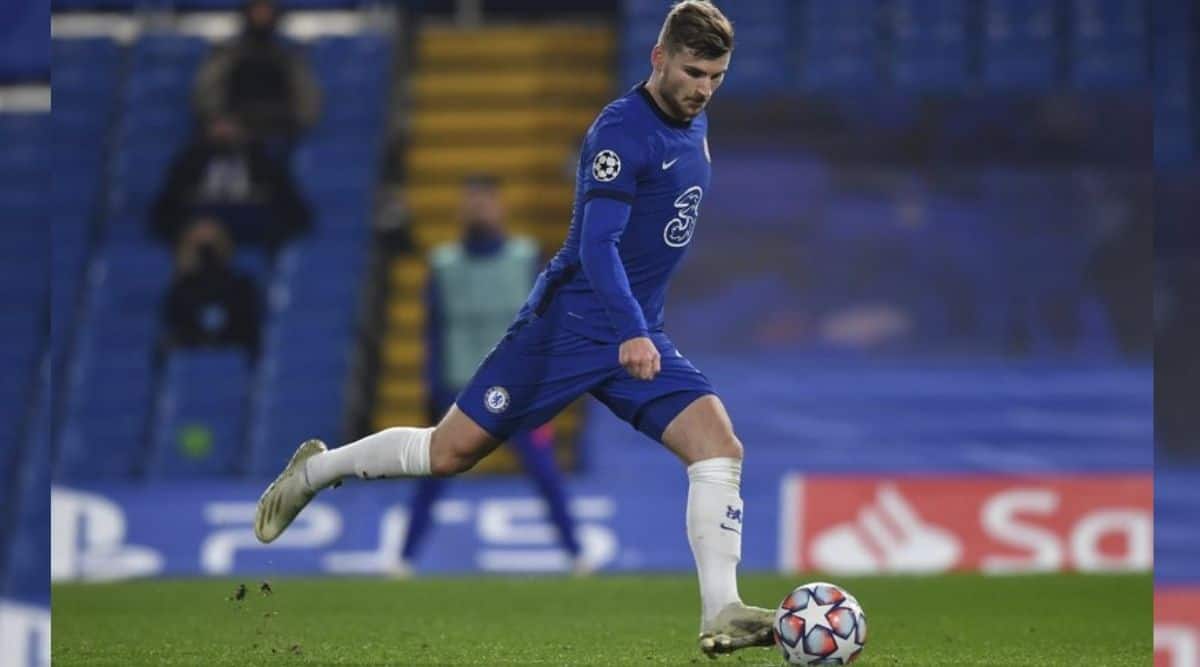 Chelsea swept to a 3-0 win over 10-man Rennes in the Champions League on Wednesday after Dalbert was sent off for conceding two first-half penalties converted by Timo Werner.

The Brazilian left back was booked for tripping Werner in the penalty area in the ninth minute, then received his second yellow card — harshly, according to both coaches — just before halftime when a shot by Tammy Abraham struck Dalbert’s leg and ricocheted up onto his outstretched arm.

Werner, now on spot-kick duties ahead of Jorginho, dispatched both penalties to give Chelsea a two-goal lead by halftime, and Abraham added the third goal in the 50th minute.

Rennes coach Julien Stephan was particularly disappointed with the awarding of the second penalty, saying it was a turning point in the game and that it might have been a misunderstanding of the handball ruling.

“What happened was surprising,” Stephan said. “I don’t think it would happen the other way round for Chelsea.”

Asked for his reaction, Chelsea manager Frank Lampard said: “If I was the manager of Rennes, I wouldn’t be happy.”

Chelsea’s second straight win in Group E kept the English team in first place, courtesy of its superior goal difference over Sevilla, and on course for a place in the knockout stage. Rennes looks to be battling with fellow competition newcomer Krasnodar for third place and a spot in the Europa League’s last 32, with both on one point.

Demba Ba, a 35-year-old striker who used to play in the Premier League, was allowed to run through on goal unopposed from 15 yards (meters) inside Başakşehir’s own half and slot home a finish to give the Turkish champions a 13th-minute lead and their first ever Champions League goal.

United’s defending was almost as shoddy for the second goal, with midfielder Juan Mata dispossessed near the halfway line and Başakşehir midfielder Edin Višća left unmarked — following a dummy by Ba — to slam a rising shot into the net in the 40th.

Anthony Martial reduced the deficit for United by glancing in a header three minutes later, but the English team failed to get anywhere the level of its displays in wins over Paris Saint-Germain and Leipzig in the first two rounds of matches, despite incessant pressure in the second half.

Başakşehir’s first win in the Champions League was sealed when defender Alexandru Epureanu cleared the ball acrobatically off the line following a scramble in the area with seconds remaining in stoppage time.

The Turkish team had previously lost against PSG and Leipzig without scoring, and is languishing in seventh place in its domestic league in a disappointing start to its title defense.

“You don’t just turn up and get three points in the Champions League,” United manager Ole Gunnar Solskjaer said. “We weren’t good enough, that’s it. It’s not easy to be positive when you’ve lost the way we did.”

Solskjaer described the opening goal his side conceded as “unforgivable.”

Substitute Youssef En-Nesyri scored a pair of goals three minutes apart in the second half as 10-man Sevilla rallied from two goals down to defeat Krasnodar 3-2 in the Champions League on Wednesday.

The win left Sevilla tied with Chelsea at the top of Group E. Both teams have seven points each, but Chelsea was ahead on goal difference after a 3-0 win over Rennes. Krasnodar and Rennes stayed at the bottom with one point each.

Sevilla played the entire second half a man down as captain Jesús Navas was shown a red card for a foul to stop Krasnodar’s counterattack just before the break.

“We knew at halftime that we could come back,” Ivan Rakitic said. “We dug deep inside to find the strength to do it despite playing with 10 men. The team deserved this win.”

The visitors had opened the scoring with a free kick taken by Magomed Suleymanov from the edge of the area in the 17th minute, and Marcus Berg added to the lead by converting a penalty that was given after a video review in the 21st.

Sevilla started its comeback with a header by Rakitic in the 42nd, and En-Nesyri scored his goals after coming off the bench early in the second half.

His first came after Krasnodar defender Kaio lost control of the ball while being pressured near the area in the 69th, and the second was a shot from inside the box after Rakitic’s cross from the left hit the post in the 72nd.

Leipzig came from behind to defeat Paris Saint-Germain 2-1 in the Champions League on Wednesday, when the visitors finished with nine players.

It was a game of two penalties, with Ángel Di María missing in the first half for PSG, while Emil Forsberg scored the home team’s winner from the spot in the 57th minute.

PSG ended Leipzig’s participation in last season’s competition with a 3-0 win in the semifinals, and the German side was also bidding to get over its 5-0 loss at Manchester United last week.

But Julian Nagelsmann’s team started second best to a PSG side weakened by the absence of star forwards Neymar and Kylian Mbappé due to injuries.

Italy forward Moise Kean capitalized on a mistake from Dayot Upamecano to set up Di María’s opening goal in the sixth minute.

PSG ’keeper Keylor Navas produced a brilliant save to deny Amadou Haidara an immediate response, and Alessandro Florenzi got back to block Angeliño on the rebound.

Upamecano, who was already in the spotlight for a poor performance in Manchester, gave away a penalty in the 15th when he was also booked for blocking Kean’s shot with his hand.

But Péter Gulácsi dived the right way to save Di María’s spot kick, and the visitors were to rue further missed chances to build on their lead.