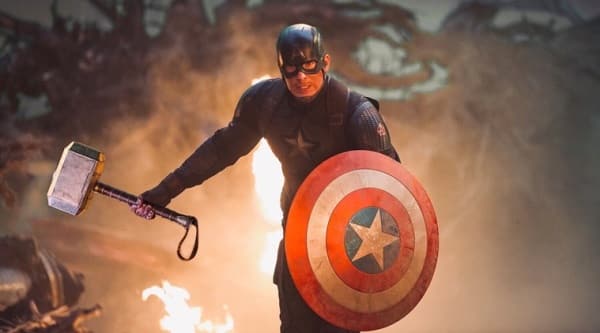 It is no exaggeration to say that Chris Evans reinvented Marvel’s superhero Steve Rogers/Captain America as he played him in the Marvel movies. Thought to be too morally uptight and self-righteous in comics, Evans made him a compelling and inspirational figure as the man who would not give up, no matter what the circumstances.

In an interview with Backstage, Evans has revealed that while he misses his work in the movies, he is currently enjoying his creative freedom. Playing one of the most important characters in a multi-billion dollar film franchise spanning almost a dozen films leaves little time for doing other stuff. He said, “I absolutely loved my time with Marvel; I already miss it. But there’s no denying that it is very exciting to just have complete freedom to pursue whatever my creative appetite wants.”

Evans played Captain America in Captain America: The First Avenger, its sequels The Winter Soldier and Civil War as well as all the four Avengers movies.

Evans also talked to Backstage about the expectations people had with him since he was playing such a venerable character. He said, “There was this enormous expectation that these people already had in their minds, this idea of who this character was, and you have to respect that. Audiences are part of what will make [these films] work, and I owe that group my understanding of what they see.”