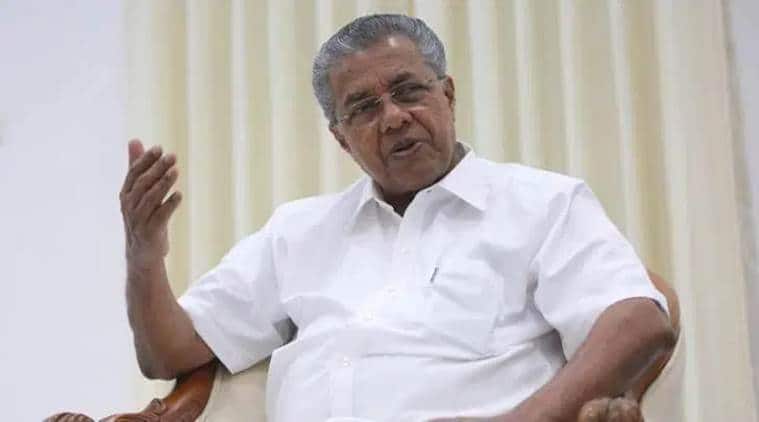 A day after senior IAS officer M Sivasankar was removed as principal secretary to the Kerala CM over his alleged links with Swapna Suresh, a key figure in the foiled attempt to smuggle in 30 kg gold from the UAE through diplomatic channels, the Opposition on Wednesday doubled down in its attack on CM Pinarayi Vijayan.

While Union MoS and senior BJP leader from Kerala, M Muraleedharan, stated that the Centre has “taken a serious note of the scam and initiated steps to identify the culprits”, Leader of Opposition Ramesh Chennithala of the Congress demanded Vijayan’s resignation. “The CMO is involved in the smuggling scandal. Removal of the principal secretary would not be enough to exonerate the CM,” Chennithala said.

Both parties announced constituency-level agitations demanding Vijayan’s resignation over the issue. In an editorial in party mouthpiece ‘Janayugam’, CPI(M)’s LDF ally CPI said the situation should have been avoided.

Hours after Muraleedharan said that the CM cannot escape from blame in the case, Vijayan wrote to Prime Minister Narendra Modi demanding “an effective and coordinated investigation into the incident by all central agencies”. He wrote, “The scope of the probe should cover all aspects from the source to the end of utilisation. Every link of this crime should be unravelled so that such incidents do not occur.”

In a series of tweets late on Wednesday night, Muraleedharan wrote the Union government will “ensure that all those associated with this crime will be brought to book. @vijayanpinarayi [Vijayan’s Twitter handle] is trying to wash off his hands from the case by linking it to the UAE Consulate in Kerala. He is conveniently ignoring the fact that the carrier was an employee of a Dpt headed by @CMOKerala.”

Maintaining that Swapna “enjoyed enormous influence and clout, which was clearly beyond her profile in Govt”, he wrote that “GoI will ensure a foolproof probe…by involving all relevant Central Agencies. The Customs Dept approached @MEAIndia to seek permission to gather more information from Consular officials”. The matter, he stated, is “under MEA consideration”.

With the Opposition trying to project the emerging political scenario in the LDF government’s last year — a throwback to the solar scam of the previous UDF government in which a woman named Saritha S Nair was the key figure — Muraleedharan said there is nothing wrong in comparing the two.

Muraleedharan told the media Swapna has influence in the government to even bypass the chief secretary. “The Chief Minister should be ready to probe into the corruption racket related to his office. She has got links with higher-ups in the party. The principal secretary is only a tool,” he said.

On Monday, Vijayan had said Swapna was only a contract employee under Kerala Information Technology Infrastructure Limited, under the IT Department, a portfolio he handles. However, on Wednesday the Opposition released documents purportedly showing Swapna had been a key member of the organising team of ‘Space Conclave 2020’, held by the IT Department in January. She had sent invitations to dignitaries on behalf of the state government for the event, the Opposition said.