BJP seeks CBI probe into death of Bengal MLA, calls for Mamata govt to be dismissed 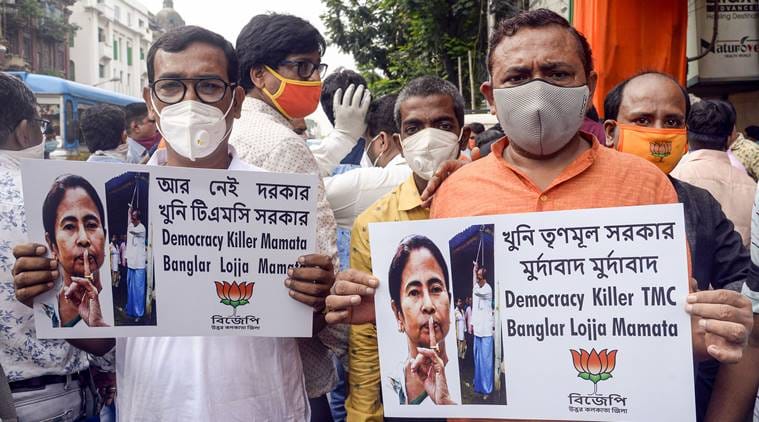 A BJP delegation on Tuesday met President Ram Nath Kovind to seek a CBI probe into the death of a West Bengal MLA, who had joined the saffron party from the CPI(M).

The body of Hemtabad MLA Debendra Nath Ray was found hanging near his home in Bindal village in North Dinajpur district on Monday. Ray had won the Hemtabad (reserved) seat on a CPI(M) ticket in 2016 but had later joined the BJP. He had, however, not quit his Assembly seat.

The BJP delegation, led by party general secretary Kailash Vijayvargiya, demanded that the TMC-led government in the state be dismissed. The delegation, that also included BJP MP Raju Bista and nominated Rajya Sabha MP Swapan Dasgupta, told President Kovind that Ray’s “murder” is another one in a long series of “political killings” in the state.

After meeting the President, Kailash Vijayvargiya told reporters, “Democracy has been hanged in West Bengal. Political workers were being killed so far, and now elected leaders are being murdered and shown to have committed suicide. Anarchy prevails in the state, and its government has no right to be in power… We have demanded that the assembly be dissolved.”

According to Vijayvargiya, over 105 people associated with the BJP have been killed in the state in the last three years.

Alleging that the state police and other agencies were being used by the Mamata Banerjee government to “harass” her political rivals, Bista said a CBI probe was necessary to bring out the truth. Dasgupta said “political murders” in the state have just gone on for too long, and Ray’s “killing” was not an isolated incident.