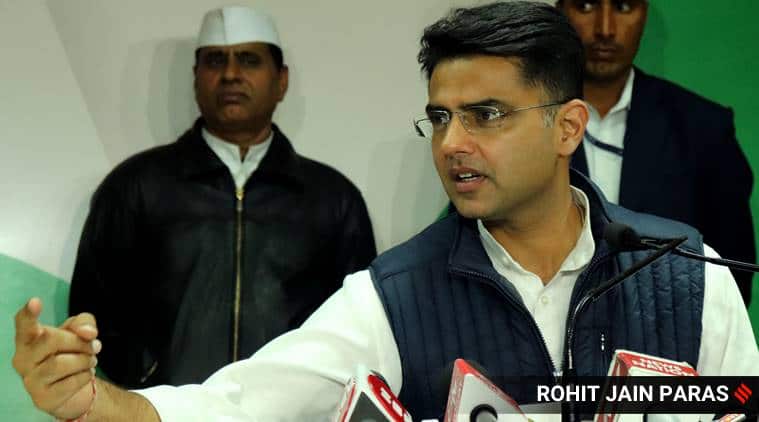 While some said Pilot was “welcome to join the BJP”, others said the party would consider “all options to overthrow” the Ashok Gehlot government.

For the last three days, as the Congress crisis unfolded in Rajasthan, the BJP watched from the sidelines. But on Tuesday, with the Congress taking action against Sachin Pilot, senior BJP leaders reached out to him.

While some said Pilot was “welcome to join the BJP”, others said the party would consider “all options to overthrow” the Ashok Gehlot government. Senior BJP leaders, who had maintained silence so far, came out in support of Pilot and sharpened their attack against Gehlot.

“Any leader who has the mandate of the people is welcome to join the BJP. If one is in agreement with our ideology, we will welcome him,” Union Minister and BJP leader from Rajasthan, Gajendra Singh Shekhawat, said.

With the battle likely to shift to the Assembly and Raj Bhavan – state BJP leaders in Jaipur have raised the demand for a floor test – BJP leaders indicated that they would not hesitate to use “all democratic ways” to remove the Gehlot government. Senior party leaders engaged in informal discussions on Tuesday.

Asked whether they were ready to work with Pilot even if he doesn’t join the party, a senior BJP leader said they were considering “all options to overthrow” the Gehlot government.

Earlier, the BJP had indicated that it would make a move only after Pilot took the initiative to pull down the government, like Jyotiraditya Scindia did in Madhya Pradesh. But on Sunday evening, Pilot said that joining the BJP was not an option. He was also unable to get the numbers to engineer a split in the party.

Now, the Congress’s decision to take action against Pilot has given a fresh fillip to the BJP. However, senior party leaders cautioned that with Gehlot parading his majority, the BJP would have to weigh all options before making its next move.

A senior BJP leader attacked Gehlot “for imposing his own shortcoming on others and imposing force on party MLAs to quit.”

Union Minister and Barmer MP Kailash Choudhary was cryptic. “Do the jackals have the audacity to suppress the voice of a lion,” he said.

“In aviation, every flight plan includes an alternate airport or airstrip to divert to in the event of technical problems or severe bad weather. Every experienced pilot knows this,” tweeted Baijayant ‘Jay’ Panda, BJP national vice-president.

Shekhawat alleged that Gehlot had planned Pilot’s ouster. “The events that have unfolded in the state are akin to a Bollywood trend: when a film doesn’t seem to be doing well, a controversy is spun around it to make it exciting. This is what happened in Rajasthan, where the government was unable to provide good governance, and there is rising crime and corruption,” he said.