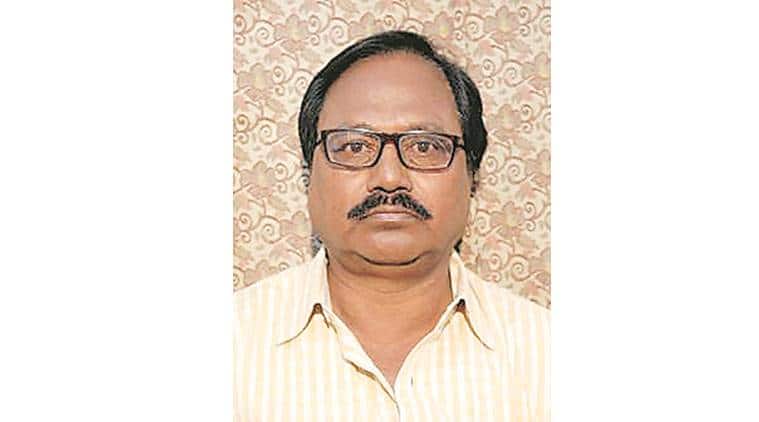 Police said they found a suicide note in his pocket

The body of a West Bengal MLA was found hanging near his home in Bindal village of the state’s North Dinajpur district on Monday morning. Police found a suicide note in his shirt pocket, but members of the MLA’s family and the state BJP alleged that he had been murdered.

Debendra Nath Ray, 55, had won the Hemtabad seat on a CPI-M ticket in the 2016 Assembly elections, but had joined the BJP along with several others soon after the Lok Sabha elections of 2019. He had not resigned his Assembly seat, however, and was technically still a CPI-M MLA.

The BJP accused the Trinamool Congress of murdering Ray, and called a 12-hour bandh in North Bengal on Tuesday. BJP leaders met Governor Jagdeep Dhankhar in Kolkata, after which Dhankhar posted on Twitter about a “cover-up” and “police prejudice”, tagging Chief Minister Mamata Banerjee on the tweet.

“We found a suicide note in his (Ray’s) pocket. In it, he has blamed two men for his death. Prima facie, we can say that forensically it looks like a suicide. But we will look into the case from all angles,” North Dinajpur Superintendent of Police Sumit Kumar said.

West Bengal Police posted on its official Twitter handle: “Today morning the dead body of MLA Hemtabad Debendra Nath Roy was detected hanging from the verandah ceiling of a mobile shop at Balia, Deben More, Raiganj, Uttar Dinajpur. A suicide note is recovered from the shirt pocket of the deceased. Two persons have been named in the note as responsible for his death.

“All necessary steps of investigation such as use of tracker dog, visit of forensic experts are being taken. PM (post mortem) is yet to be done. People are requested not to jump on speculative, biased and judgmental conclusions and to wait for the investigation to complete,” it said. The body has been sent to Raiganj Government Medical College for autopsy.

State government sources said the CID has taken over the investigation, and a team of officers has left for Raiganj.

The MLA’s wife, Chadima Ray, however, demanded a CBI inquiry claiming her husband had been murdered. “Someone had called him outside late on Sunday night – I don’t know who or why. How come his hand was tied if he committed suicide? It rained last night but there was no mud on his feet when his body was discovered. I want a proper investigation,” she said.

The rope around Ray’s neck was looped over the bamboo frame of the tin-sheet ceiling, and its other end was twisted around his raised left hand. The MLA was wearing a white shirt and blue lungi.

A member of the family said Ray had gone out at 1 am after getting a call on his mobile phone, and had not returned. “In the morning, he was found hanging. His hand was tied. This is nothing but murder. We want a CBI inquiry,” the relative, who identified himself as Kshitij Chandra Ray, said.

Another member of Ray’s extended family, Poppy Barman, said, “I saw my uncle-in-law hanging. I think someone killed him and hanged the body there.”

“The suspected heinous killing of Debendra Nath Ray, BJP MLA from Hemtabad in West Bengal, is extremely shocking and deplorable. This speaks of the Gunda Raj & failure of law and order in the Mamta govt. People will not forgive such a govt in the future. We strongly condemn this,” Nadda posted on Twitter.

BJP national general secretary and in-charge of West Bengal, Kailash Vijayvargiya, tweeted: “A condemnable and cowardly act! During the rule of Mamata Banerjee, the killings of BJP leaders have become the order of the day. Hemtabad MLA Debendra Nath Ray who had left the CPM and joined the BJP was murdered. His body was found hanging. Was joining the BJP his crime?”

Medinipur MP and state BJP president Dilip Ghosh demanded that the chief minister, who also has the home portfolio, issue a statement on the “cold-blooded murder”.

“This is cold-blooded murder by the goons of the TMC. The TMC was aware of Ray’s popularity in the area. We want an independent inquiry to bring out the truth,” Ghosh said. Ghosh and other BJP leaders took out a protest rally in Kolkata, after which he announced a North Bengal bandh on Tuesday, and a “thana gherao” on Wednesday.

BJP leaders then went to the Governor to complain about the “lawlessness” in the state, and to demand a CBI inquiry.

In tweets, Dhankhar said “Political violence and vendetta @MamataOfficial shows no signs of abating”, and there was “need for thorough impartial probe to unravel truth and blunt political violence”.

“Hematabad MLA ‘hanging’ – Police stance at top that it is ‘suicide’ is indicative of cover up – smacks with police prejudice, not without obvious intentions. Autopsy be VIDEOGRAPHED BY EXPERT TEAM AS PER SUPREME COURT DIRECTIVES Highest TRANSPARENCY be observed @MamataOfficial,” the Governor tweeted.

“Their (the BJP’s) heads are full of coronavirus and they are speaking gibberish. The police are probing the matter. But they are asking for a CBI probe into a normal case. The state police have solved more cases than the CBI. They are playing politics over a dead body. The BJP suffers from depression which also reflects in the MLAs,” Hakim said.