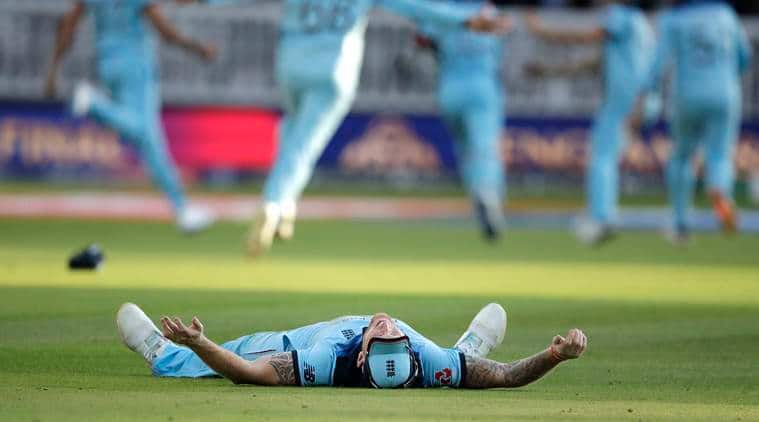 London: England’s Ben Stokes celebrates after winning the Cricket World Cup final match between England and New Zealand at Lord’s cricket ground in London, Sunday, July 14, 2019. England won after a super over after the scores ended tied after 50 overs each. AP/PTI Photo(AP7_15_2019_000004B)

Star all-rounder Ben Stokes had sneaked off for a “cigarette break” in order to calm his nerves ahead of the Super Over during last year’s epic World Cup final, an anecdote which finds mention in a new book on England’s triumph.

A year ago, England had claimed their maiden 50 over World Cup title after beating New Zealand by virtue of a contentious boundary count-back rule as scores were tied even after the Super Over. It was arguably one of the greatest finals in the Cup history.

On the first anniversary of that historic triumph, excerpts from a book called ‘Morgan’s Men: The Inside Story of England’s Rise from Cricket World Cup Humiliation to Glory’ has revealed the pressure that Stokes felt on that day at Lord’s.

“Finding a quiet spot as the frenzy of the Super Over approached was hard in a ground packed out with 27,000 supporters and television cameras following the players from the middle, through the Long Room and up the stairs to the dressing room,” authors Nick Hoult and Steve James wrote and the excerpt has been published by stuff.co.nz. 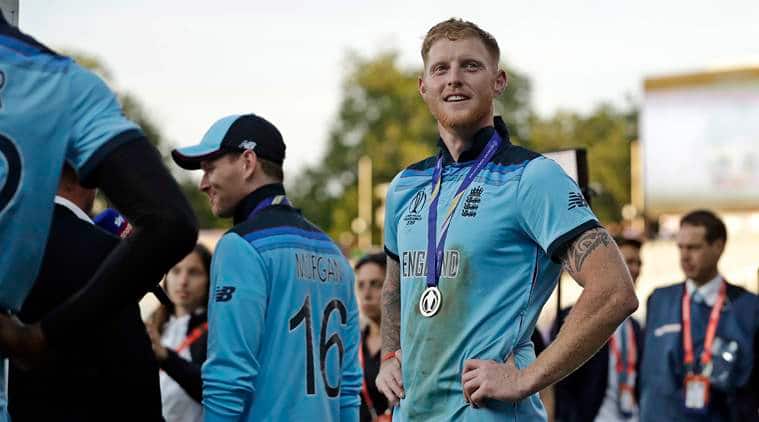 England’s Ben Stokes stands on the field after the presentation after winning the Cricket World Cup final match between England and New Zealand at Lord’s cricket ground in London on  July 14, 2019. (AP Photo/Matt Dunham)

“But Ben Stokes had played at Lord’s many times. He knows every nook and cranny. As Eoin Morgan tries to bring calm to the England dressing room and sort out their tactics, Stokes nips off for a moment of peace.

“He is covered in dirt and sweat. He has batted for two hours and 27 minutes of unbelievable tension. What does Stokes do? He goes to the back of the England dressing room, past the attendant’s little office and into the showers. There he lights up a cigarette and has few minutes on his own.”

The 29-year-old Stokes was adjudged the Man of the Match for his unbeaten 84, plus eight runs in the Super Over, which helped England claim that momentous victory.