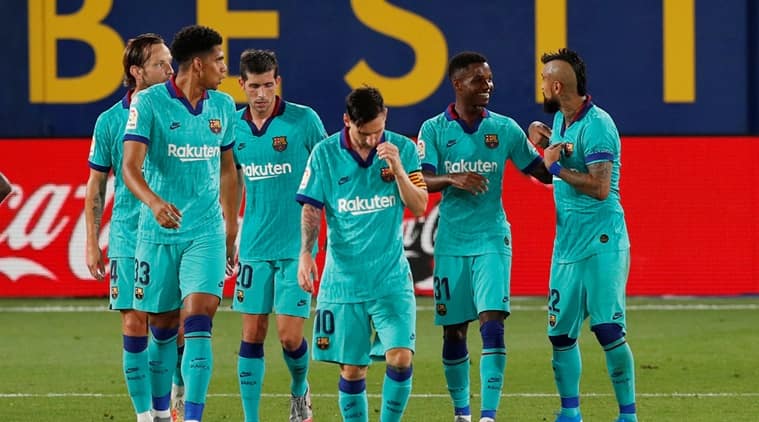 Barcelona responded to a trying week by producing a scintillating display to thrash Villarreal 4-1 away on Sunday and stay alive in the Liga title race.

The Catalans had drawn their last two matches to hand more momentum to league leaders Real Madrid but Sunday’s win took them to 73 points after 34 games, four behind their arch-rivals who won 1-0 at Athletic Bilbao earlier in the day.

An own goal from Pau Torres put Barca in front in the third minute, with Villarreal’s Gerard Moreno levelling on the rebound in the 14th before the visitors restored their lead through an outstanding curling strike from Luis Suarez six minutes later.

Antoine Griezmann stretched Barca’s advantage just before the break with a sublime chip, having been dropped from the starting lineup in the last two games, while 17-year-old Ansu Fati added a fourth in the second half with a low strike.

For Barca defender Gerard Pique, delivering such a slick performance was as satisfying as returning to winning ways.

“It was crucial to get the three points to stay in the hunt but the way we played was important too because that’s a part of our identity so we need to keep playing like that until the end of the season,” he said.

Barca’s confidence was rocked by draws with Celta Vigo and Atletico Madrid while the sense of instability at the club deepened amid reports captain Lionel Messi was unhappy with the state of affairs and did not want to stay beyond his contract.

There had been also been plenty of speculation surrounding coach Setien after he had brought Griezmann on in added time against Atletico, a move described in the Spanish media as an act of humiliation against the World Cup-winning forward.

Griezmann was named in the lineup against a Villarreal side who had won five of their last six games and was lively from the kick off, helping force the opening goal as well as working tirelessly in midfield and combining well with Messi and Suarez.

He adorned his performance with a sumptuous goal, receiving a back-heeled lay off from Messi and coolly delivering a chip that skimmed off the crossbar and into the net.

Messi also produced an outstanding performance but failed to score as the Argentine had one effort ruled out for offside after a thrilling team move and then hammered the bar with a late free kick.

Pique reacted to Messi’s goal being disallowed by appearing to make a puppet gesture after Real Madrid recently benefitted from VAR decisions but the defender said he meant nothing by it, adding that he had made the gesture due to a rush of adrenaline. 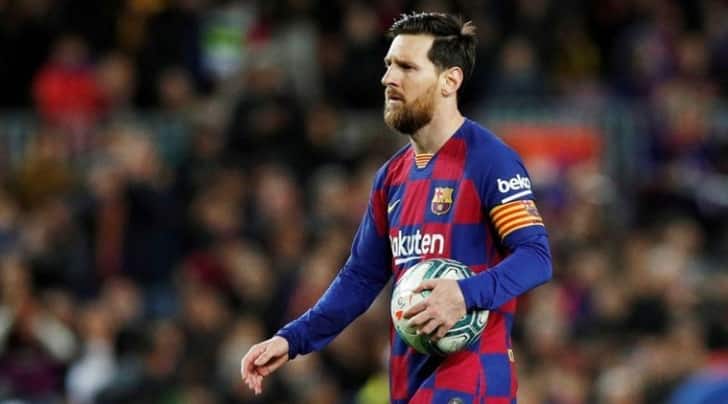 Barcelona president Josep Maria Bartomeu has said that captain Lionel Messi will end his career at the Catalan club, dismissing a report saying the Argentine no longer wishes to renew his current contract when it expires next year.

“Messi has said he will end his working and footballing life at Barca,” Bartomeu told Spanish network Movistar after his side beat Villarreal 4-1 away on Sunday in La Liga.

“I’m not going to explain the details because we are focused on the competition and we are negotiating with many players but Messi has explained to us that he wants to stay and so we’re going to enjoy him for much longer.”

The 33-year-old Messi, who signed his last contract in 2017, has become more outspoken against the club’s hierarchy in the last year and radio station Cadena Ser said last Thursday he is unhappy with how Barca is being run and wants to leave in 2021.

“I saw the game in Bilbao and although I don’t like to say it, I’ll repeat that VAR is not being used as it should be,” added Bartomeu.

“Since the season returned after the COVID-19 crisis it has not been equal, that has been reflected in the results and it looks as if it always favours the same team.

“VAR should be there to help out the referee but in the last few weeks everyone has been able to see the instances in which it has not been used fairly.”

Real coach Zinedine Zidane said he was tired of his side’s winning run being put down to marginal decisions going their way.