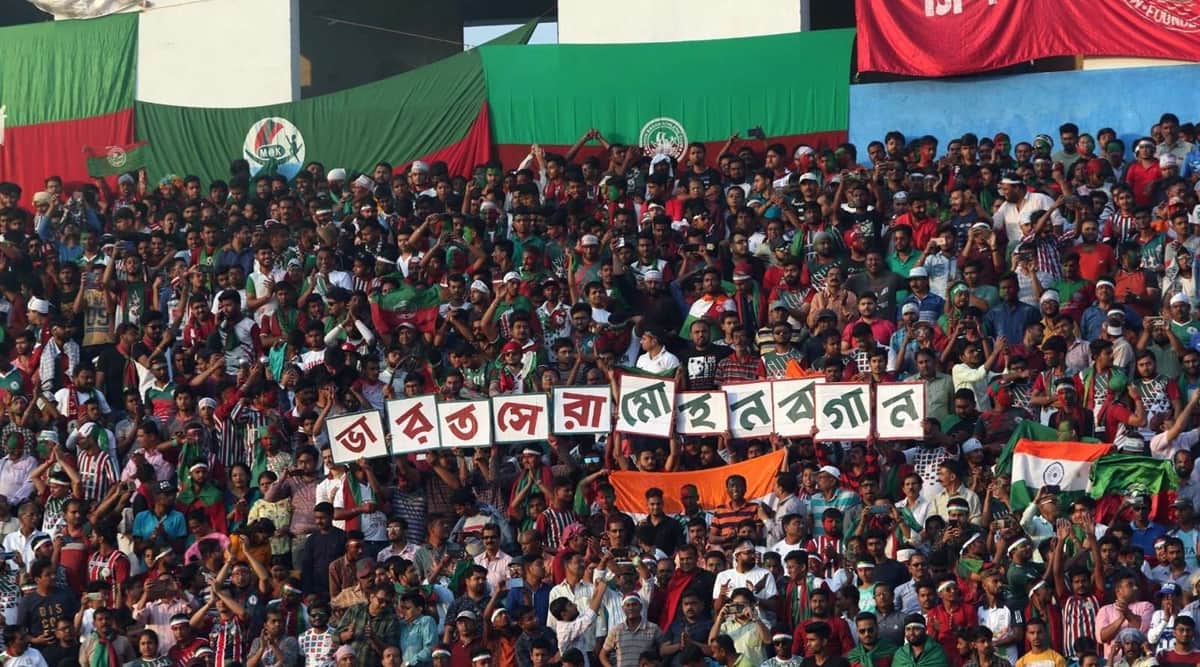 ATK Mohun Bagan fans are among the most passionate in the country. (File)

Amidst growing resentment among fans and massive social media fury surrounding the ISL promo and use of three stars on the training jersey, the ATK Mohun Bagan management has promised to make necessary changes and address concerns which have ‘hurt the emotions of Mohun Bagan fans’.

Ardent supporters of the club had expressed their unhappiness and pointed out that the three stars stitched on the training jersey were symbolic of ATK’s Indian Super League (ISL) titles along with the words ‘Champions 2019-20’. For numerous of those protesting on Twitter, this was an insult to the legacy of Mohun Bagan Athletic Club – established in the year 1889 with more than 100 major title victories and synonymous with the rich footballing tradition in the country. Ardent supporters of the club expressed their unhappiness on social media. (ATKMB/File)

Another growing resentment was fueled by a promo video released by the official youtube handle of ISL that faced a lot of flak. Several supporters indicated that it was not in good taste and was insensitive to the legacy of the century-old club.

Taking cognizance of the online fury the management has announced that it will modify the promo and the changed version will be used in all social media handles after necessary edits.

The issue of 3 stars has also been discussed and done away with.

FSDL has also started to modify the statistics section in the ISL official website to reflect statistics before 2020-21 to be attributed to ATKFC. ATK Mohun Bagan statistics will be calculated from the upcoming season.

Hon General sec. Srinjoy Bose released a statement to the media which reads as follows- 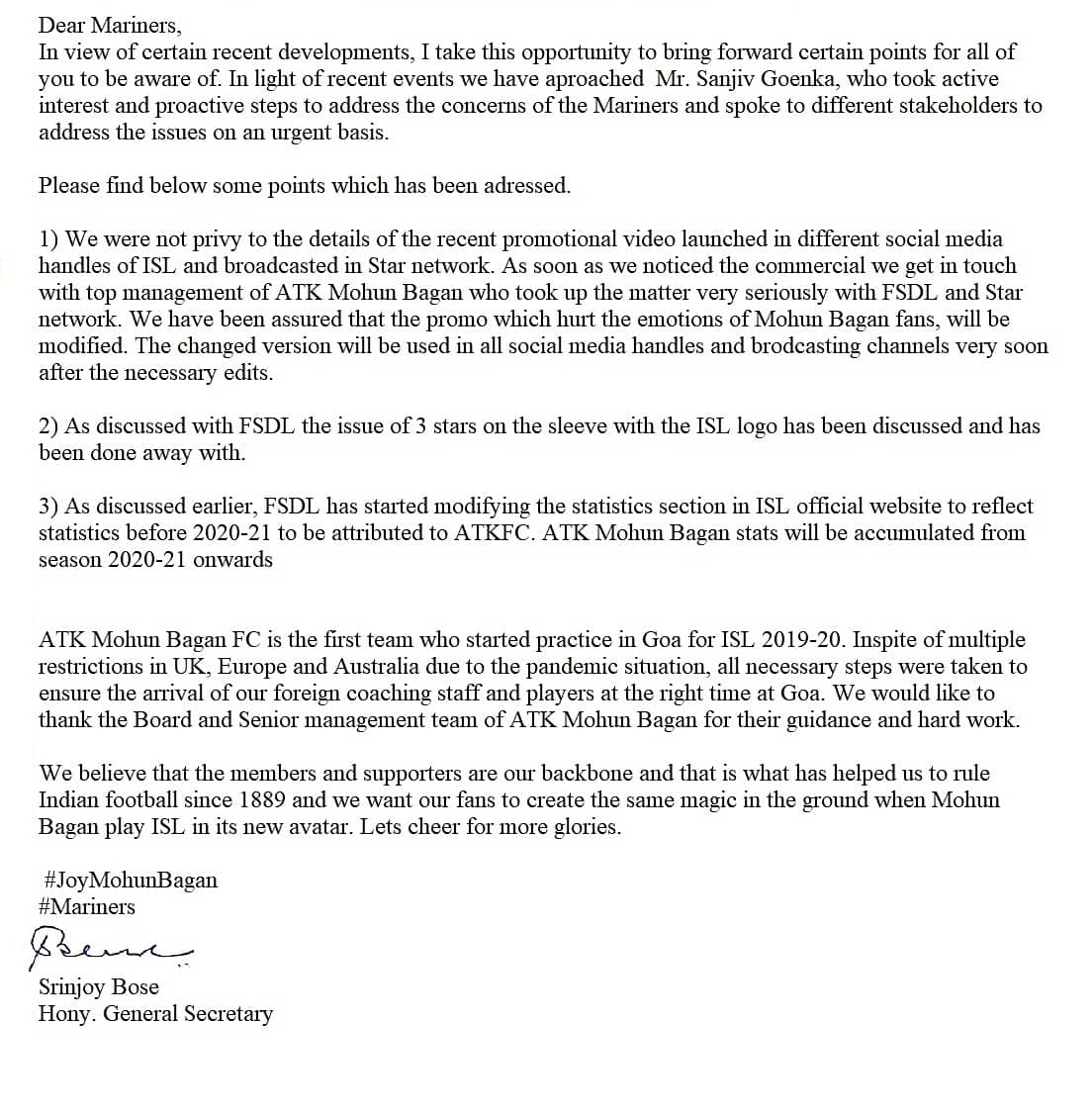 ATK Mohun Bagan will begin their ISL campaign against Kerala Blasters at the GMC Stadium in Bambolim, Goa.