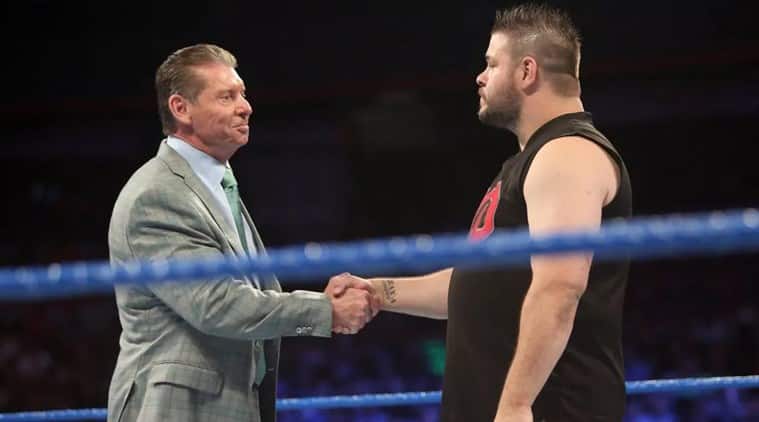 Kevin Owens was unhappy with WWE’s mask mandate and got the company to take the safety measures on a more serious note. Owens, who returned to Monday Night Raw, strictly wanted a safe environment for which he reportedly told Vince McMahon of his feelings. Currently, it seems that he is confident of the safety measures taken by the company.

Speaking to Sports Illustrated on WWE’s implementation of a mask policy, Owens said:

“It’s been brought up—at first, the masks weren’t being taken seriously enough. Eventually, a fine system was implemented to make sure people took it seriously.”

“That came from me. I thought that the masks weren’t being worn seriously enough, so I went and talked to the people in charge. They immediately did what they could to remedy the situation. I don’t blame anybody for the mask thing. It’s easy to forget how important those masks are.”

“Some people just straight up believe that the masks don’t make a difference, and that’s their belief. But if we’re all going to work together and we’re all trying to keep each other safe, I think it matters.”

Owens has been an advocate for wearing masks, he released a video on Twitter speaking on its importance amid the current health crisis.

Here are the RAW Results from tonight: