Anubhav Sinha: I have been a fearless, ridiculous man 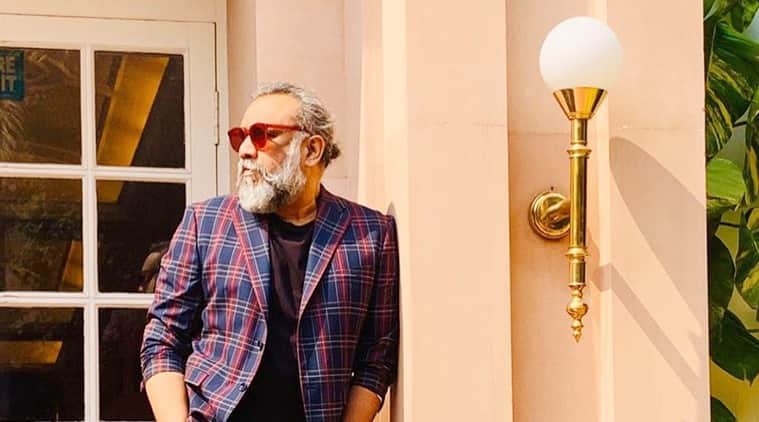 Anubhav Sinha is one of those rare filmmakers who has managed to establish himself a second time around, with better movies. His recent films — Mulk, Article 15, Thappad — have tackled the issues of communalism, casteism and domestic violence head on. In mainstream Bollywood, people are afraid to touch such sensitive subjects, but not Anubhav Sinha. The filmmaker admits he is an ‘audacious man.’

In a recent interview with Indianexpress.com, Anubhav Sinha spoke candidly about his 2.0 version, a possible collaboration with his filmmaker friends, his lockdown routine, among more.

How are you liking ‘the lockdown experience?’ And keeping the pandemic situation in mind, how important do you think it is to keep and foster those connections with friends and loved ones, even within the industry?

I like it. I don’t mind it. I might change my office pattern. I will find a new balance.

Lockdown has revived the need and desire to reconnect with people you think of fairly regularly, but you don’t make that effort of picking up the phone and asking, ‘hey, what’s up?’. We have reached a stage where every communication should have a meaning. I come from a small town, so there we have this habit of talking to rickshawallahs while you are making a trip. So when I moved to Bombay, people found it strange that I do that. That’s a ‘nothing conversation.’ And I was probably losing touch with this ‘nothing conversation’ with regard to my friends. We need to reach out, now more than ever.

You have your close-knit group within Bollywood, which includes filmmakers like Anurag Kashyap, Hansal Mehta, Vishal Bhardwaj and Sudhir Mishra. How have they supported you during some unsavoury times?

All of us are in touch. You missed Subhash Kapoor, who is not very active on social media. And Manoj Bajpayee, who is not a director, but we all sort of know what is up with each other. So in case of Manoj, I knew he was stuck in the hills, so I just messaged him to know how is he doing. And once Sudhir Mishra just rang me up saying that he wanted to eat mutton, so I said ‘please send your driver, I am cooking mutton today.’ Basically, we keep track of each other. We have an idea of who’s feeling what and when. And if someone is feeling too happy, we make sure that he doesn’t feel that way for long. Nobody should be happier than me (laughs).

Anurag, Vishal and your other director friends have a different approach to cinema. Have you ever had arguments or discussions about a particular film? And has their feedback ever influenced you to change something in your movies?

My career changed because of these filmmakers. I had been so jealous of them, and Tigmanshu Dhulia too, who lives in my society. I hated them. I would hang with them and feel inferior. At that time, I was not playing on the same pitch as they were, and I was not happy on the pitch where I had my feet.

To answer your question, we know two-three stories that the others are working on at any given moment and we often discuss them and offer our inputs. Sometimes we even bitch among ourselves. That’s a very important aspect of our lives (chuckles).

You speak quite warmly about your friends. But it’s a general belief that people don’t form ‘real relationships’ within the film fraternity. What do you have to say about that?

People talk a lot of s**t about the industry. First of all, I don’t think it is an industry. Sure, it’s not a family too. It is very capital intensive. It can be very rewarding, but it can also destroy you. It has destroyed some big people. Art chose to abandon them and suddenly, whatever they did was not acceptable. The rewards here are very high and the lows, very heartbreaking. Therefore, people are extra-cautious. Otherwise, in the larger scheme of things, the ratio of good vs bad relationships here would be comparable to any other profession or business.

Is there a possibility of a collaboration between you, Vishal Bhardwaj, Anurag Kashyap, Hansal Mehta and Sudhir Mishra in the near future?

I think we should. I mean we share other things, like images of food, scripts, rare documentaries. In fact, I have been trying to write something for the past few days. I have a beautiful sofa, which is my writing corner, on which I sit every day and look outside the window. I finally get up from there without having written a word. I remember at the time of Mulk and Article 15, I could write 20-30 pages a day. These days I can’t even manage 20 words. And it’s something that has happened to all of us. I think only Hansal and Vishal are still producing some stuff. Just recently, Kashyap (Anurag Kashyap) said, ‘Please send your script over. If it’s good, I will get angry and that anger might help me write something worthwhile.’

Also read | I don’t like it when Bollywood doesn’t respond to a social tragedy: Anubhav Sinha

Going back to what you were saying about you not liking the ‘pitch’ where you were working from. Can you tell us what exactly happened there, and what ultimately marked the beginning of ‘Anubhav Sinha 2.0?’

It is not tangible, but I will tell you. I have finally figured it out. When I was making those films — Tum Bin, Cash, Ra.One — I was surrounded by a crowd of people then. I was not in touch with what was happening around me, and it was at that time that things were beginning to change. The studio system was in motion, and the film industry was going through a formative time. It was also at this point that people began to recognise my name because they came to know that I was making a film with Shah Rukh Khan. So when Ra.One released, it disappointed 50-70 per cent of those people, and they hated me because I had made this film with Shah Rukh. But they had never even met me. Post this incident, when I met new, intelligent people, they ‘complimented’ me saying you are not the person who made those films, you are someone else. This was heartbreaking to hear. Because if I don’t reflect in my own films then I am not a filmmaker. That was the discontentment I felt and recognised. And then Mulk happened. And ever since then I have been driven by that. In fact, even when Mulk happened, nobody was willing to pay me money to make the movie. It wasn’t until a month of the shoot that Deepak Mukut (co-producer of Mulk) came on board.

Were you scared that you would not be able to complete the movie?

I was not scared that I would not get the money. But I was also not confident that I would get it. I am, what you call, an audacious man. I could walk into the room of Warren Buffet, and he may not give me the money. But I am positive that we would have a good meeting. I have been a fearless man. I have been a ridiculous man. I finished my engineering and got a job. And then one day, I just quit it. I didn’t know what I would do, but I didn’t want to be an engineer anymore. You know when SRK wouldn’t work with any director barring Karan Johar and Farah Khan, I walked into his house and convinced him to make a film with me.

Talking of Shah Rukh Khan, he had said in an earlier interview that it is difficult to keep in touch with the real world when you are surrounded by people who are a part of this ‘make-believe’ world. Is it also difficult for successful directors to be aware of what is happening around them, or in the country at large?

It’s more difficult for proper stars to maintain that level of awareness. Because when you get that kind of love and appreciation, you can’t be expected to walk on the same ground as others. That love makes you float somewhat. But these stars manage to do that so well. Especially Shah Rukh, he does it extremely well. He is not delusional at all. With directors, it’s not the same. Maybe with Rohit Shetty and Karan Johar that might happen because people recognise them more. However, to filmmakers like us, we are surrounded by that kind of bubble in the business. Every word you say starts sounding like success. It is not impossible for you to start believing then that what you are going to do will be successful. That’s why I am so self-deprecating.

What is your take on the OTT vs theater debate? Will you ever consider releasing a film on a streaming platform?

Why not? It depends on the kind of film it is. These are liberating times for filmmakers. Contrary to popular belief, I don’t think various platforms are at war. In fact, I am working on a script that might go straight to OTT. I don’t have any ego problems vis-a-vis the platform. The film alone will decide where it needs to go. And a lot of time, things also depend on the economics of it all. But just to be clear, I don’t think movie theaters are going anywhere. They will, in fact, only grow in times to come.

What are you currently working on?

I am working on five scripts, out of which, three are at the advanced draft stage. But it’s too soon to say anything about them now