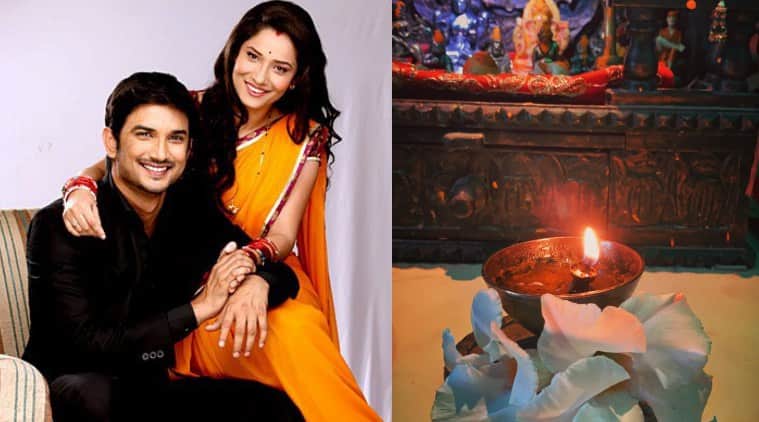 Ankita Lokhande and Sushant Singh Rajput met on the sets of Pavitra Rishta.

It is exactly a month since Bollywood actor Sushant Singh Rajput died by suicide, and on the occasion, his former girlfriend and actor Ankita Lokhande lit a diya.

Sharing a photo of a diya which she lit in the temple of her house, Ankita wrote, “CHILD Of GOD.” This is the first time that the actor has posted an update on social media since Sushant Singh Rajput’s demise.

Ankita Lokhande and Sushant Singh Rajput met on the sets of Zee TV’s show Pavitra Rishta. After dating for over six years, the couple called it quits in 2016.

After Sushant’s death, Ankita had visited his family in Mumbai along with film producer and close friend Sandip Ssingh. Sandip, Ankita and Sushant shared a close bond, and the three shared the same house in Mumbai for a while.

Also read | Mukesh Chhabra on Sushant Singh Rajput: Will never get a call from you now

Meanwhile, Sushant’s fans are eagerly waiting to watch his last film Dil Bechara. The romantic drama is slated to release on July 24. It will stream on Disney Plus Hotstar and will be available to non-subscribers as well.