Actor Alia Bhatt is currently vacationing in Maldives with sister Shaheen Bhatt and best friend Akansha Ranjan Kapoor, and their stunning pictures are proof of all the fun the girls are having on their beach holiday.

Akansha shared new photos from her on-going vacation with Alia with the caption, “so the whole world knows my love for you is so big 🌈.”

Alia Bhatt shared on Instagram two pictures of herself on the beach, soaking up the sun. She captioned the photos, “blue seas and a pisces.”

Alia, who has been best friends with Akansha since childhood, shared on Saturday a picture with the Guilty actor. Akansha’s sister Anushka Ranjan, who is also accompanying them on the trip, posted a picture of Alia and Akansha gearing up for a massage session. Alia Bhatt and Akansha Ranjan Kapoor are all smiles as they await a massage session. (Photo: Instagram/AnushkaRanjan) 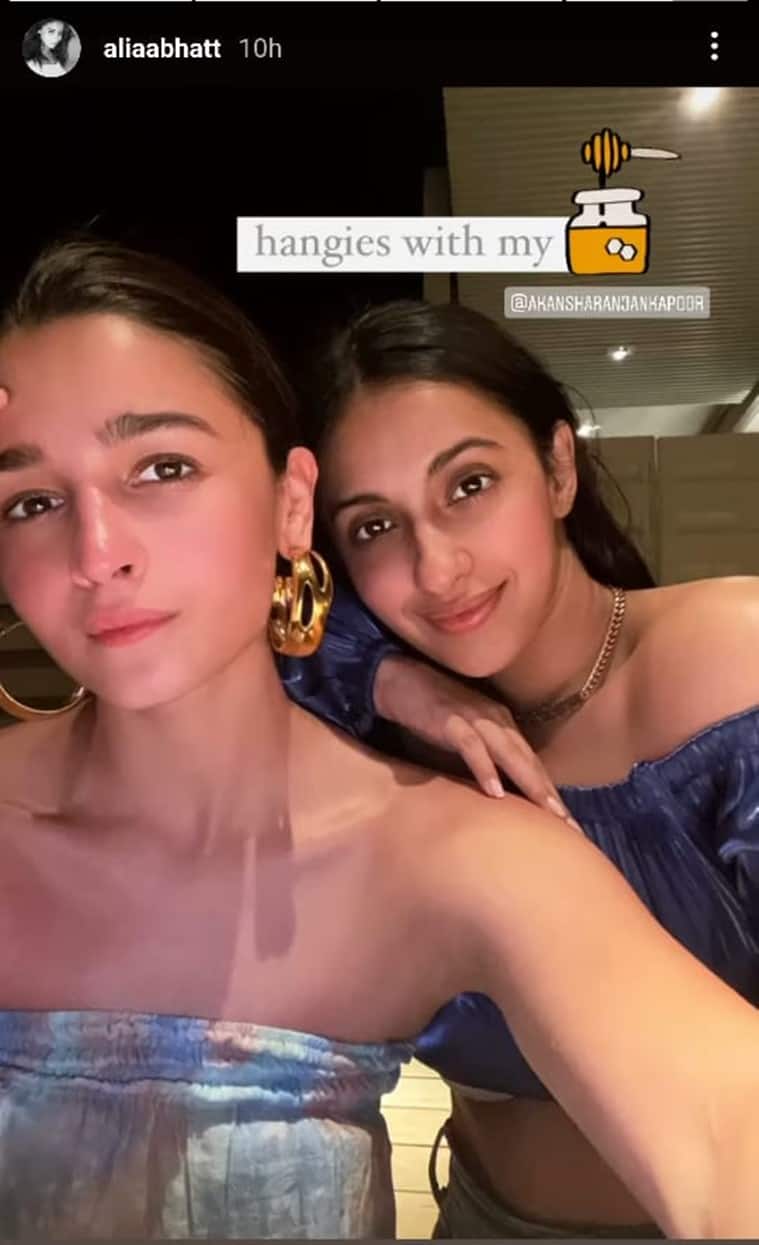 Interestingly, earlier this week, Alia Bhatt was asked by a fan if she wanted to leave everything and take a solo trip. To which Alia had replied that she did want to take a holiday, but not alone.

On the work front, Alia Bhatt has her plate full as she will soon be seen in Sanjay Leela Bhansali’s Gangubai Kathiawadi and SS Rajamouli’s epic RRR that marks her debut in the Telugu film industry.