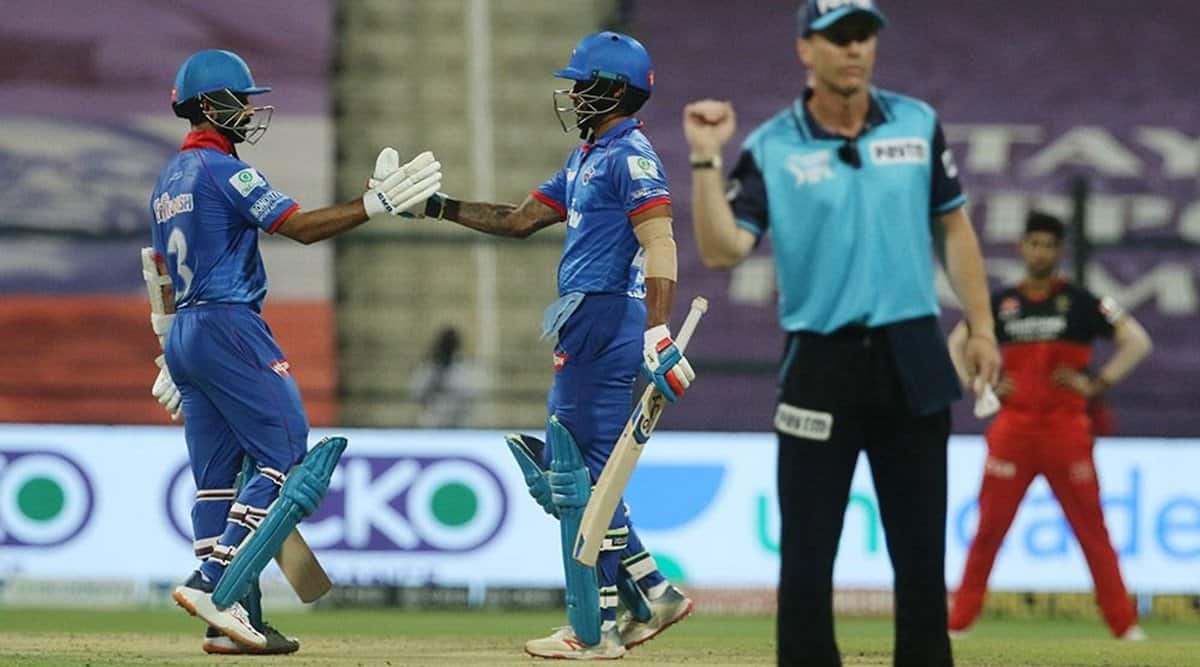 Riding on a fine partnership between Shikhar Dhawan and Ajinkya Rahane, Delhi Capitals ended their four-match losing streak to finish second in the points table. It gives them the leeway of an extra game in the playoffs, as they beat Royal Challengers Bangalore by six wickets in Abu Dhabi on Monday. RCB, too, qualified, thanks to their better net run rate than Kolkata Knight Riders.

After posting 152/7, RCB had to take the game deep to ensure that they go through. They stay put on 14 points but as DC surpassed their total in 19 overs, RCB’s net run rate remained above KKR’s.

For a player of his pedigree, Rahane had been going through a lengthy form slump. Exclusion from India’s white-ball set-up affected his confidence and this year, after making the switch from Rajasthan Royals where he was the captain last term, Rahane’s game time had been limited. In the previous five matches, he barely made any contribution with the bat. His footwork looked tentative, his approach cagey. 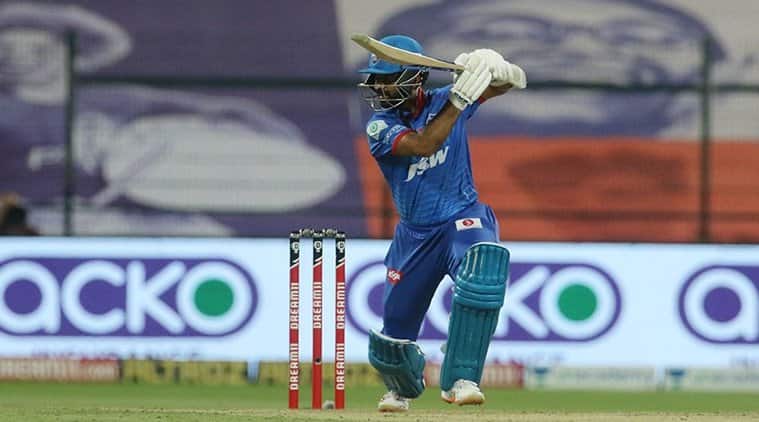 Today, coming in at No. 3 after Prithvi Shaw yet again fell cheaply, Rahane played assertive cricket. He showed intent with two fours in an over against Isuru Udana. He swept beautifully against Yuzvendra Chahal and came down the track against Shahbaz Ahmed to hit a six. Rahane scored 60 off 46 balls, playing orthodox cricket. When he tried to play an uncharacteristic reverse sweep, he got out.

Huge credit also goes to Dhawan, who scored a 41-ball 54. He took the attack to the opposition upfront, allowing Rahane to settle down. The two India stalwarts added 88 runs and DC were home and dry.

Earlier Anrich Nortje might well have dropped the match, had Ravichandran Ashwin and Marcus Stoinis not bailed him out. In a must-win game to secure a top-two spot for the playoffs, dropping Virat Kohli could have been costly. The Royal Challengers Bangalore captain had been circumspect to start with. When he stepped out to an Axar Patel delivery, he didn’t time it properly. It was a simple catch at long-on, but Nortje lost his footing and dropped it.

But Ashwin ensured that Nortje’s blemish didn’t prove costly. Kohli was dropped on 13, Ashwin removed him on 29. The off-spinner was taking pace off the ball and one such delivery forced Kohli to mistime again. The skier went to Stoinis at deep mid-wicket who grabbed it with both hands.

Following the reprieve, Kohli was in the process of cutting loose. He hit a fabulous lofted cover drive off Kagiso Rabada for a four before lifting Patel over long-on. Ashwin made a timely intervention. As for Nortje, he came back brilliantly to make a serious impact with the ball. The wickets of a well-set Devdutt Padikkal and the dangerous Chris Morris inside three deliveries thwarted RCB’s progress in the slog overs.

Padikkal with a well made half-century off 40 deliveries. His 4th in IPL.#Dream11IPL pic.twitter.com/ZoLreu74Pg

Padikkal scored a fine half-century but there’s one aspect of his game he would like to look into. The left-hander occasionally exposes his off stump while facing fast bowlers. Speedsters like to see the stumps, for they believe if they can see them, they can hit them. On Monday, Padikkal made room and tried to hit a 152kph delivery from Nortje over cover. He was beaten for pace and castled. Morris was done in by extra bounce.

Nortje returned with three wickets, but it was a collective effort by DC bowlers. Rabada was excellent for his 2/30. Ashwin teased the batsmen and Daniel Sams, too, was pretty tight upfront before conceding 17 runs in his final over. Until the 15th over, RCB were going at under seven runs per over. AB de Villiers and Shivam Dube upped the ante, but de Villiers was run out in the final over, trying to go for an improbable second. Together, DC bowlers restricted RCB to a very chaseable total.