Discussions on the future of smartphones and where they have come from usually revolves around a few iconic devices. These are the devices to which all smartphones now draw some link, design inspiration or genesis. Here is a list of five phones not just used as reference devices to create new products but also featured extensively for comparisons.

When Steve Jobs first unveiled the iPhone in 2007, he described it as “a revolutionary mobile phone,” a “widescreen iPod with touch controls” and a “breakthrough Internet communications device”. More than 14 years have passed since then, but the charm of the original iPhone continues to inspire new generations of designers, tech enthusiasts, and collectors. The first iPhone was revolutionary at its time with a 3.5-inch capacitive touch screen that supported multi-touch features without a stylus. The first model neither had 3G nor apps and cost $499 on contract, but was certainly a distinctive looking device with rounded edges and a glass screen. The first-generation iPhone on display during the 2007 Macworld. (Image credit: Wikimedia Commons/ArnoldReinhold)

Even though the iPhone has been updated multiple times since the original release, the core idea of the product hasn’t changed a bit. The iPhone remains Apple’s most successful product with billions of units sold till date. The device also created the app economy, which cemented Apple’s position as the tech juggernaut.

The Lumia 1020 wasn’t any ordinary camera phone, after all, it featured a 41MP 1/1.5-inch sensor almost unheard of in phones back then. The circular camera module was so large on the Lumia 1020 that it appeared as if one was holding a point & shoot camera. This cleverly designed, bright yellow coloured phone, was the first one to get pro-grade camera utility software that allowed users to capture photos in auto mode or take full control over exposure, shutter speed, ISO settings, and white balance. And let’s not forget the Lumia 1020 also had a 3X optical zoom, a rarity to find on phones of that generation. 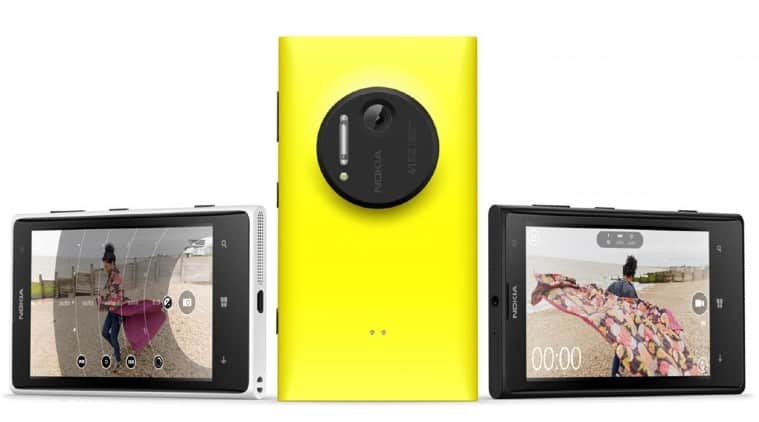 The Nokia Lumia 1020 was an unusual smartphone with a 41MP camera. (Image credit: Windows blog)

Everything about the Lumia 1020 was good, except for the ill-fated Windows Phone OS. Had the Lumia 1020 run Android, the story of Nokia would have been something else. Nevertheless, the Lumia 1020 continues to be the most capable camera phones ever made. Even today, tech reviewers pit the latest and greatest flagships against the seven-year-old Lumia 1020 when it comes to comparing the cameras.

Exactly a year after the iPhone made its debut, HTC Dream was introduced. You might be wondering why I have included the HTC Dream aka T-Mobile G1 in the list of phones that made the impact on the mobile phone market– for both good and bad reasons. The G1 wasn’t an ordinary phone. The G1 — designed by HTC and introduced to the US market by T-Mobile — was the first Android-based phone. The handset was a clumsy-looking phone with a full, slide-out keyboard and physical buttons. It was thicker and heavier than the iPhone and came without a headphone jack, a video player, and a multitouch-capable screen. Sure it lacked the ‘wow’ factor but without the G1 — Google would have never become the dominant force in search it is today. The phone may not have been a commercial success like the original iPhone, but it did make Google’s Android OS the most popular mobile OS. Walt Mossberg, the Wall Street Journal’s tech columnist called the G1 is the “first real competitor” to the iPhone, when the phone was introduced in late 2008.

The Moto Razr was the ultimate symbol of cool in the early 2000s. The Razr V3 was an expensive phone, costing $600 when it was released in 2004. Although the Razr V3 was a niche device, the Razr V3 quickly became the most popular flip-style phone in the world with over 130 million sold units over its four-year lifetime. The biggest selling point of the Razr V3 was its design. When all the phones at that time were made out of plastic, the V3 had a sleek design and was crafted out of aluminum. It was incredibly thin and featured a secondary screen on the outside. And while the successful Moto Razr V3 was superseded by the iPhone, the legacy of the brand Razr lives in the form of a recently launched reboot version of Razr, an Android smartphone with a large touchscreen that folds in half. And this reincarnated version of Razr will cost you a cool Rs 1,24,999. That’s the price to own a foldable flip phone in 2020.

In 2002, at the peak of its popularity, Nokia launched a product that went on to become the Finnish company’s most embarrassing commercial failure. The N-Gage was not a bad product, it just failed to take on Nintendo’s GameBoy Advance. At that time, the N-Gage was highly ambitious. The N-Gage was conceived as a device that would act as a phone and handheld game system rolled into one. The N-Gage, dubbed the “taco phone” for its shape, was a unique device with a 2.1-inch screen in the center and a D-Pad and quick keys on the left, along with a numeric keypad to the right. The phone had Bluetooth support and one could even browse the interest besides playing MP3 files. It’s not that the device didn’t get support from game developers or something like that. In fact, Sega, EA and Ubisoft all brought mobile versions of their popular games to the N-Gage. In case you don’t believe, the N-gage also got a port of Call of Duty, perhaps the best FPS game of all time. If that was not enough, the N-gage also supported online multiplayer gaming as well as online gaming service. But despite all the efforts made by Nokia to make the N-gage a hit product, the device miserably failed. If we look at the N-gage and the way the gaming phone was positioned, one wonders where Nokia went wrong. While many say the price of the N-gage was high and perhaps why the phone failed to take off. More than the price, I think the market for a dedicated gaming phone wasn’t even there at that time. Today, gaming-focused phones have a special place in the smartphone market. Phone makers such as Asus, Nubia, and Xiaomi have launched smartphones that are optimised and tailored for mobile games with high refresh rate screens and lots of RAM.